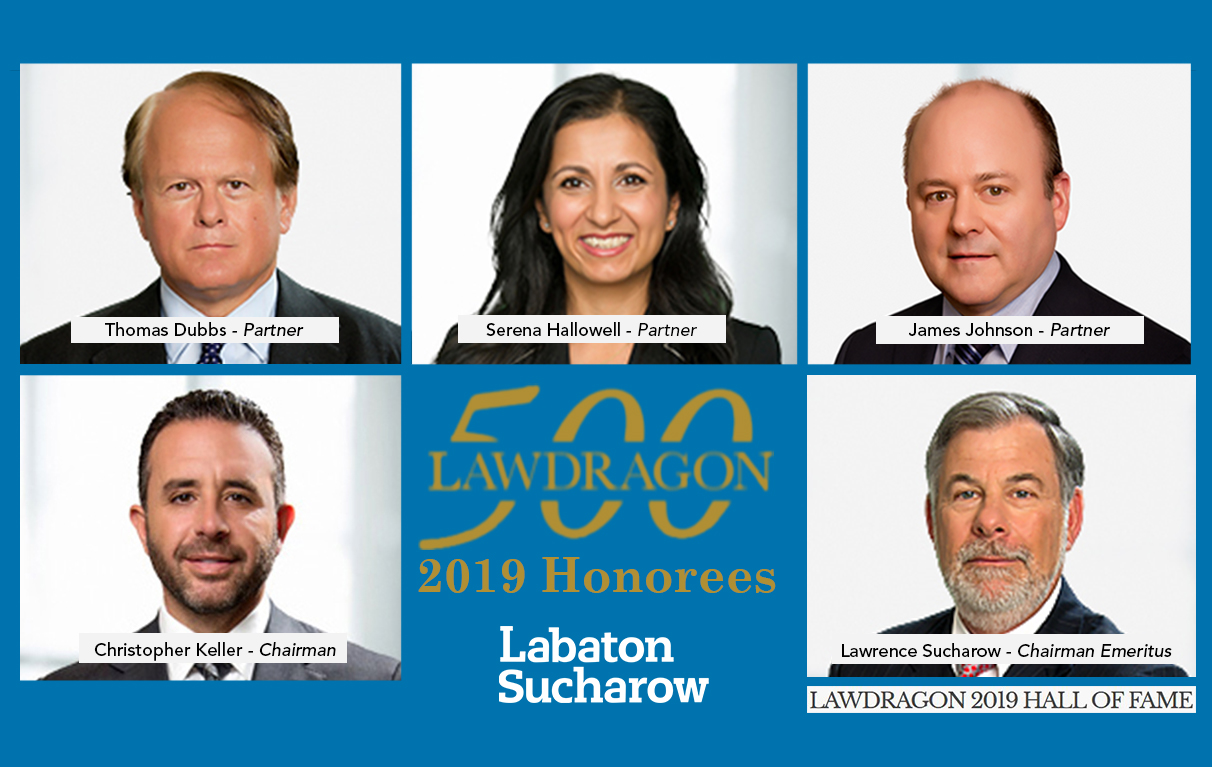 Lawdragon has named Labaton Sucharow partners Thomas Dubbs, Serena Hallowell, James Johnson, and Christopher Keller to its Leading Lawyers in America list, which honors the top 500 lawyers in the profession.  Chairman Emeritus Lawrence Sucharow has been added to the Lawdragon 500 Hall of Fame, which permanently recognizes the outstanding lawyers who have made remarkable contributions throughout their careers.

Honorees are selected based on a combination of editorial research, firm submissions, and peer nominations. Following are the Labaton Sucharow attorneys recognized this year by Lawdragon, and their accomplishments from the past year.

Thomas Dubbs represented the bondholders in a securities class action against Petrobras that stemmed from the largest corporate scandal in Brazil’s history. Last year, the action settled for $3 billion, the fifth largest U.S. securities class recovery of all time.

Serena Hallowell, who leads the Firm’s Opt-Out and Direct Action Litigation Group, led the team that won a significant motion win in the District of New Jersey, when the court sustained our clients’ claims arising under the New Jersey RICO Act in direct actions against Valeant Pharmaceuticals.  She was also one of the lead partners on the team that secured a $42.5 million settlement in a class action against Intuitive Surgical.

Name partner Lawrence Sucharow, has been inducted into Lawdragons’ Hall of Fame in recognition of his achievements recovering billions in groundbreaking class and direct actions, including In re Real Estate Associates Limited Partnership Litigation – the first securities action successfully tried to a jury verdict following the enactment of the PSLRA.  During his 40-year career, Mr. Sucharow has served in various leadership roles at the firm, including Chairman, Co-Chairman and Managing Partner. He has led the Firm through many significant changes including establishing a new client base of institutional investors following the passage of the PSLRA and adopting a contingent fee billing model.