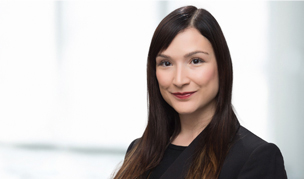 Labaton Sucharow has secured a victory for investors today, successfully reviving a securities class action against identity theft protection company, LifeLock, after the Ninth Circuit Court of Appeals reversed a district court’s order dismissing the complaint.  Labaton is co-lead counsel in the case.

The action alleges that LifeLock made false and misleading statements and concealed material facts regarding its business practices.  Specifically, LifeLock repeatedly touted the real-time nature of its identity theft alerts, despite knowing that 70 percent of its Credit Check Alerts were sent more than one week late.

On August 21, 2017, the U.S. District Court for the District of Arizona granted the defendants’ motion to dismiss the second amended complaint for failure to adequately allege scienter.  The Ninth Circuit Court of Appeals disagreed in a unanimous decision.  In its July 10, 2019 order, the Appellate Court wrote “[t]he Oklahoma Funds successfully alleged that LifeLock misled investors,” and “[a]fter considering the allegations in the complaint holistically…we conclude that the inference that [former LifeLock President and CEO Hilary] Schneider and [LifeLock Founder and former CEO Todd] Davis intentionally or recklessly deceived investors is as least as compelling as any nonculpable inference.”