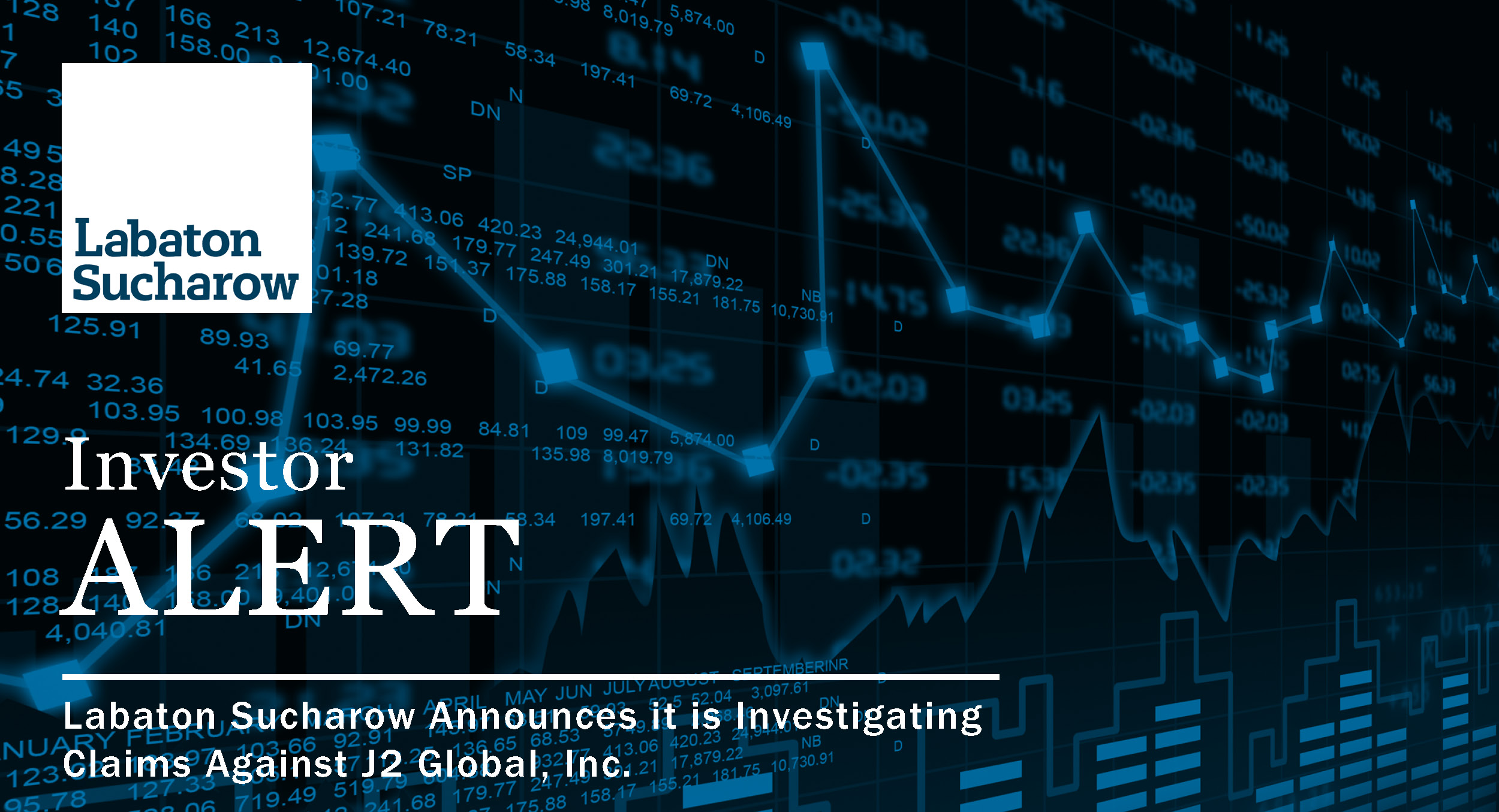 If you are a shareholder or option holder that suffered losses in J2 and wish to participate, learn more, or discuss the issues surrounding the investigation, please contact David J. Schwartz using the toll free number (800) 321-0476 or via email at dschwartz@labaton.com or recover@labaton.com.

Labaton Sucharow is one of the world’s leading complex litigation firms representing clients in securities, antitrust, corporate governance and shareholder rights, and consumer cybersecurity and data privacy litigation.  Labaton Sucharow has been recognized for its excellence by the courts and peers, and it is consistently ranked in leading industry publications.  Offices are located in New York, NY, Wilmington, DE, and Washington, D.C.  More information about Labaton Sucharow is available at http://www.labaton.com.