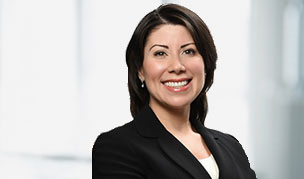 On June 24, 2019, Steamfitters Local 449 Pension Plan was appointed co-lead plaintiff and Labaton Sucharow was appointed co-lead counsel in a securities class action against AT&T alleging that the telecommunications giant touted false and misleading financial trends and metrics in its prospectus and registration statement issued in connection with its $85 billion acquisition of Time Warner.  Our team will be led by Partners Christine Fox and Carol Villegas, and will include Of Counsel Domenico Minerva and Associate Jake Bissell-Linsk.

According to the complaint, defendants reported ongoing favorable growth trends in its Entertainment Group segment, including quarterly subscriber gains in its DirecTV Now service sufficient to offset any decrease in traditional satellite DirecTV subscribers, resulting in a net gain in total video subscribers.

On October 24, 2018, defendants announced AT&T’s 3Q2018 results (the first full quarter after the acquisition) and disclosed “a dramatic reversal” of its subscriber net additions trend, including a 25 percent increase in DirecTV satellite subscriber losses and an 85 percent decrease in DirectTV Now subscribers, resulting in a 297,000 net subscriber loss for the quarter.  On these revelations, AT&T’s stock price dropped nearly 12 percent, harming AT&T shareholders.