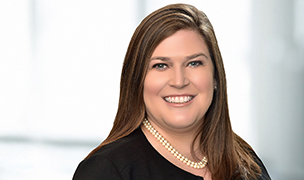 Partner Karin Garvey has been appointed co-lead counsel, along with two attorneys at other firms, in a major class action lawsuit alleging violations of federal and state antitrust and consumer protection laws against drugmaker AbbVie Inc. and a group of global rivals. Humira, which is prescribed for a variety of chronic auto-immune conditions, is the best-selling prescription medication in the world, with global annual sales reaching nearly $20 billion in 2018, and is the single largest revenue source for Chicago-based AbbVie.

The suit alleges that AbbVie has used a “patent thicket” to illegally maintain a monopoly on Humira, which it sells at ever-increasing prices, and that AbbVie entered into anticompetitive agreements with other would-be competitors to block entry of lower-cost alternatives.

According to the complaint, AbbVie has “secured over 100 patents designed solely to insulate Humira from any biosimilar competition in the U.S. for years to come.” The company secured the patents because its primary Humira patent was set to expire in December 2016, which would allow generic versions of the drug to enter the U.S. market. The result would be a significant drop in prices. In advance of that occurrence, AbbVie sought approval of hundreds of patents with the purpose of creating an impenetrable wall around its blockbuster drug, many of which were overlapping and non-inventive.

The suit also alleges that AbbVie used its patents to enter into illegal market-division agreements with seven other drug companies “in a concerted effort to delay biosimilar entry in the U.S. until at least 2023,” while permitting entry of biosimilar versions of Humira in Europe years earlier. The agreements, announced as settlements or licensing arrangements, operated as an “anticompetitive scheme to restrain competition in the market for Humira and its biosimilar competitors in the United States.”