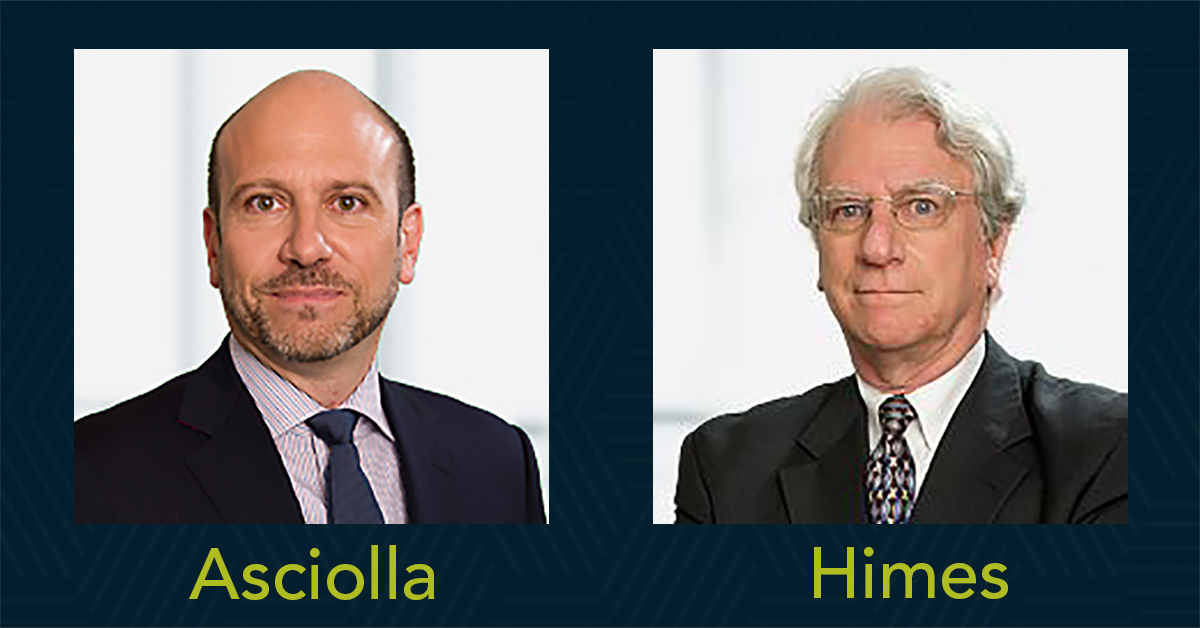 Labaton Sucharow Partners Greg Asciolla and Jay Himes have once again been recognized in the Who’s Who Legal Competition Guide’s list of leading antitrust and competition lawyers around the world.

As co-chairs of Labaton Sucharow’s Antitrust & Competition Practice, Greg and Jay have been instrumental in securing significant settlements and leadership appointments in the past year. The team, serving as class counsel, secured final approval of $504.5 million in total recoveries to settle claims that 14 big banks and interdealer broker ICAP manipulated the global swaps and options benchmark, ISADFix.

Since the start of 2019, Labaton Sucharow’s antitrust team has already been tapped to lead five significant antitrust class actions, including a lawsuit against AbbVie. The groundbreaking suit alleges that the pharmaceutical company has used a “patent thicket” to illegally maintain a monopoly on Humira, the best selling prescription medication in the world. The team was also appointed co-lead counsel in an action against several global financial institutions alleging that the companies perpetuated an anticompetitive scheme to manipulate the $8 trillion market for Euro-Denominated Bonds.