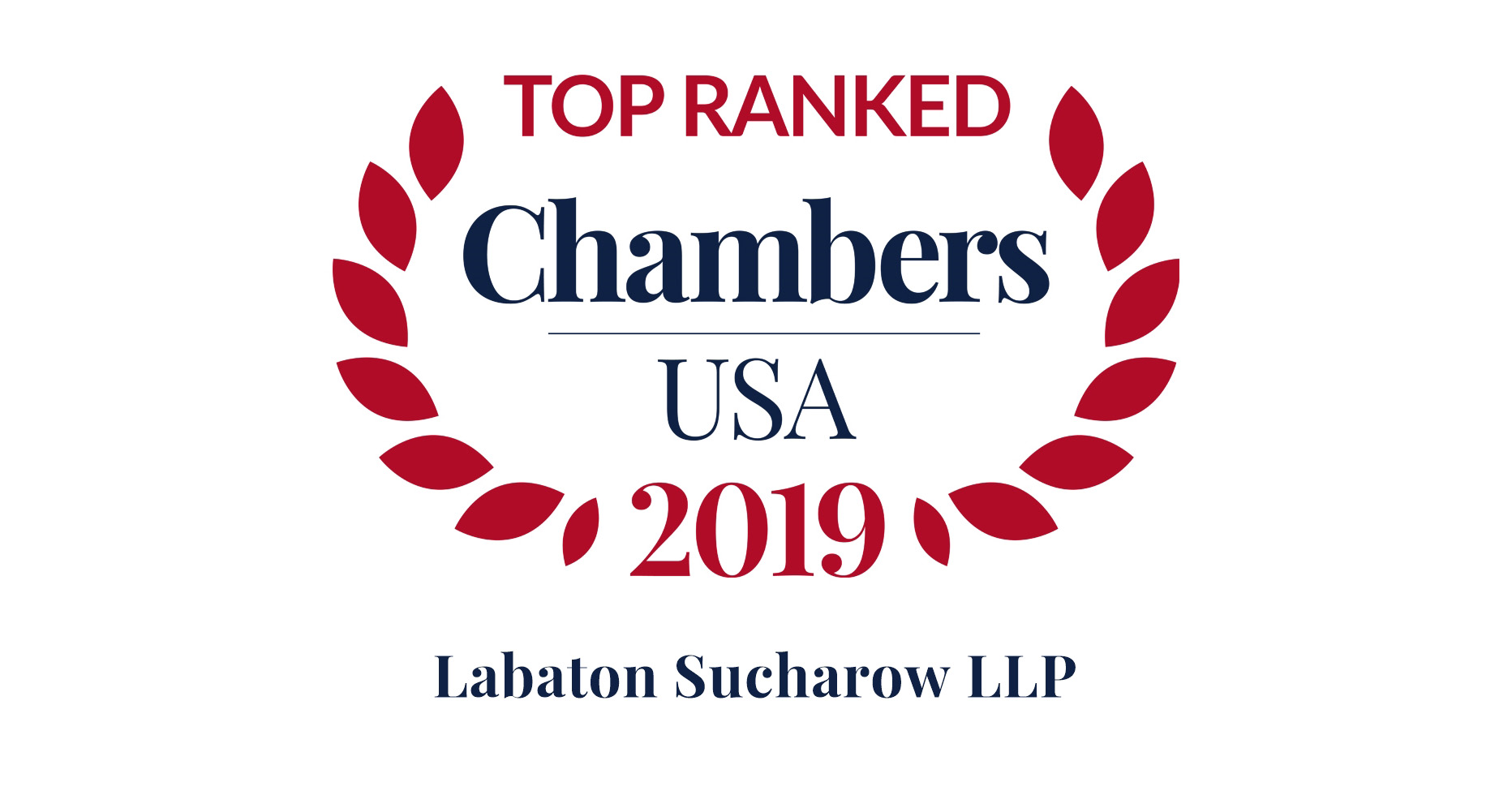 Labaton Sucharow has once again been recognized as among the leading plaintiffs’ firms in the nation by Chambers USA, honored for its work in Securities Litigation, Antitrust, and Chancery Practice. In addition to practice group awards, Chairman Emeritus Lawrence Sucharow, and partners Greg Asciolla, Tom Dubbs, Jay Himes, and Ned Weinberger were named leaders in their fields.

For the 11th consecutive year, Chambers has recognized Labaton Sucharow’s “distinguished plaintiff-side securities litigation practice.” Larry Sucharow was named a Senior Statesman for the seventh time, with sources noting “he’s ten out of ten and a master of strategy.” Tom Dubbs, who led the teams that secured settlements against Petrobras and Facebook, was described as “an excellent plaintiffs’ lawyer” who “understands the ins and outs of every case.”

Our Antitrust and Competition Litigation Practice rose the ranks in the 2019 guide, achieving a banded ranking in the Nationwide category for the first time. Described as “encyclopedic in his knowledge,” practice co-chair Jay Himes was again awarded Band 1 honors in both the New York and Nationwide categories. Co-chair Greg Asciolla jumped to Band 1 in New York and was ranked in Nationwide for the first time. He was described by peers as a “very bright attorney” that is “smart, creative and formidable.”

The Firm also earned recognition for its Chancery Practice, which was described by a client as “a well-oiled machine” where “the overriding and all-encompassing objective is achieving the best result for the client.” Commended by his peers for being “extremely persistent, diligent,” practice chair Ned Weinberger was named “Up-and-Coming” for the third consecutive year.