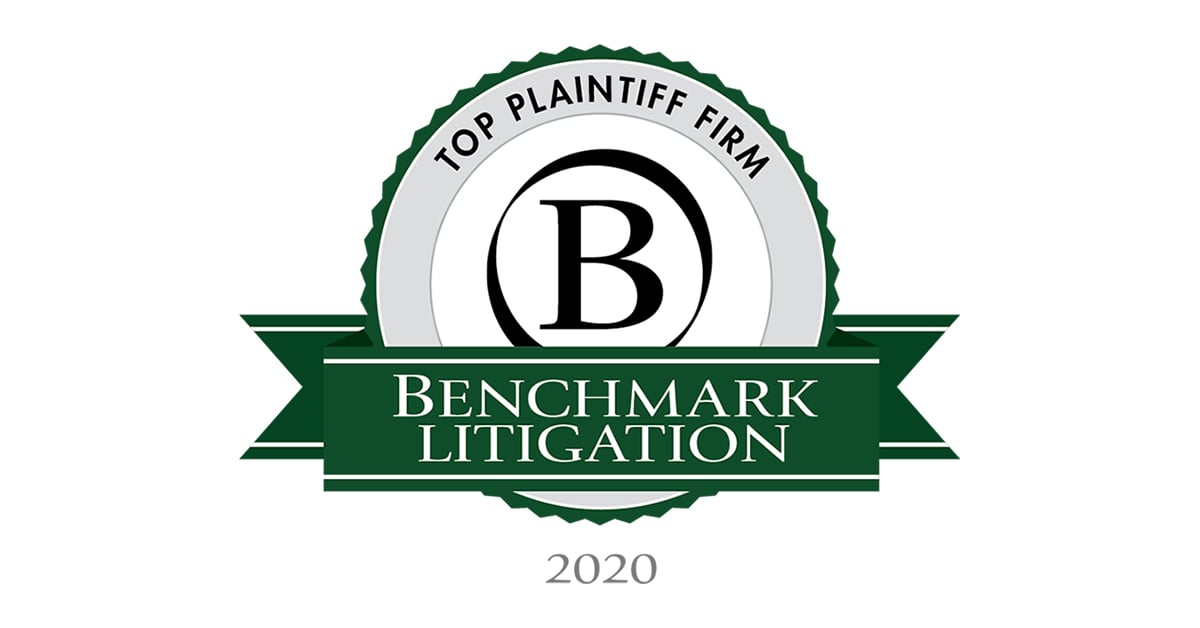 Benchmark Litigation has named Labaton Sucharow as one of the Top 10 plaintiffs’ firms in the country for the fourth consecutive year. The Firm also was recommended in Securities Litigation and named one the leading litigation firms in both New York and Delaware.

In its editorial, Benchmark noted “the rising profile of [Labaton Sucharow’s] Delaware practice,” which it “attributed to the efforts of Ned Weinberger.” According to a peer, “there’s definitely something going on over at Labaton in Delaware, you can feel it. And that’s Ned. He is making waves around here.”

Following are the Labaton Sucharow attorneys recognized in the 2020 Benchmark Litigation guide:

Thomas Dubbs was named a National Practice Area Star for the fifth consecutive year. Last year, Tom led the litigation teams that secured a $35 million settlement in a class action against Facebook and that defeated a renewed motion to dismiss in a landmark case against seven U.S. stock exchanges related to high frequency trading.

For the third consecutive year, Jonathan Gardner has been named a Local Litigation Star in New York. Last year, Jon led the team that secured a $42.5 million settlement in a securities class action against Intuitive Surgical. Jon was named Labaton Sucharow’s first ever Chair of Litigation in 2018.

Jordan Thomas was named a Local Litigation Star for the second consecutive year with a peer remarking “he is the guy – the most renowned SEC whistleblower lawyer in the nation.” In March 2019, Jordan’s client was awarded $13 million by the SEC Whistleblower Program for providing information that led to a $267 million SEC enforcement action against JP Morgan.

Michael Canty was recognized as a Future Star for the second consecutive year. This year, Mike and his team won a significant victory in the Ninth Circuit Court of Appeals, which affirmed class certification in a data privacy class action against Facebook related to the tech company’s collection of its users’ biometric data.

Serena Hallowell, who leads the Firm’s Direct Action Litigation Practice, was recognized as a Future Star for the first time. Serena led a team that recently secured a $50 million settlement with Endo Pharmaceuticals in a securities class action prosecuted in Pennsylvania state court, which is believed to be the largest class settlement obtained in any court pursuant to the Securities Act of 1933 in connection with a secondary public offering.

David Schwartz, named a Future Star for the first time, focuses on event driven and special situation litigation to enhance clients’ investment return. He has extensive experience prosecuting securities and corporate governance actions, including In re Virtus Investment Partners, which resulted in a $22 million settlement. David was also named to Benchmark’s 40 & Under Hot List for the first time.

“A real up and comer,” Ned Weinberger, who chairs the Firm’s Corporate Governance and Shareholder Rights Litigation Practice, was named a Future Star for the first time. Ned and his team achieved an important victory in the Delaware Supreme Court when the Court overturned a Court of Chancery decision dismissing a lawsuit challenging the fairness of Earthstone Energy’s acquisition of Bold Energy. Ned was also named to Benchmark’s 40 & Under Hot List for the third year in a row.

Irina Vasilchenko was named to Benchmark’s 40 & Under Hot List for the first time. She is a currently part of the teams prosecuting several of the Firm’s most significant securities class actions, including In re Goldman Sachs Groups Inc. Securities Litigation, In re SCANA Corporation Securities Litigation, and Vancouver Alumni Asset Holdings, Inc. v. Daimler AG.