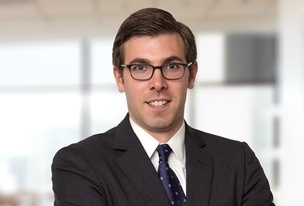 Ted has secured millions of dollars in damages for his clients and investor class members. Ted recently played an instrumental role in the recovery of $42.5 million in a class action fraud suit against Intuitive Surgical, a manufacturer of robotic surgery equipment. He also recently litigated a case against Conn’s Inc., a national consumer goods retailer, resulting in a $22.5 million settlement for investors.

Before joining Labaton Sucharow, Ted was a litigation associate at Winston & Strawn where he represented Fortune 500 companies and individuals in securities fraud disputes, insurance class actions, and other complex commercial litigation. In one of his most significant matters as a defense attorney, Ted worked to obtain a $50 million settlement for the Lower Manhattan Development Corporation in a dispute involving the deconstruction of the Deutsche Bank Building following the September 11 terrorist attacks.

Ted also served for two years as a law clerk for the Honorable Joanna Seybert in the United States District Court for the Eastern District of New York.

He earned his J.D. from St. John’s University School of Law, where he was Senior Articles Editor of the St. John’s Law Review. Ted received his undergraduate degree from Cornell University’s School of Industrial and Labor Relations.