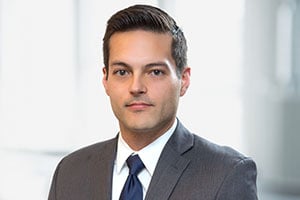 Roger joined Labaton Sucharow following legal intern positions with Barclays Capital and the United States Senate, where he conducted conformity surveys for the Office of the Inspector General on potential administrative and constitutional conflicts with various Department of Homeland Security programs.