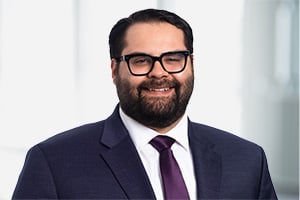 Previously, Robert worked as a Summer Associate and Law Clerk at the Firm.  Prior to joining the Firm, he served as a Judicial Extern in the U.S. Bankruptcy Court for the Eastern District of New York under the Honorable Louis A. Scarcella.  He also interned with the Office of the New York State Inspector General.