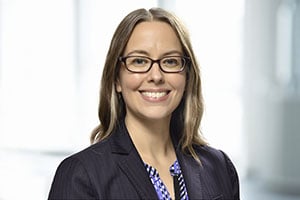 Nicole M. Zeiss is a Partner in the New York office of Labaton Sucharow. A litigator with two decades of experience, Nicole leads the Firm’s Settlement Group, which analyzes the fairness and adequacy of the procedures used in class action settlements. Her practice focuses on negotiating and documenting complex class action settlements and obtaining the required court approval of the settlements, notice procedures, and payments of attorneys’ fees.

Nicole was part of the Labaton Sucharow team that successfully litigated the $185 million settlement in In re Bristol-Myers Squibb Securities Litigation. She played a significant role in In re Monster Worldwide, Inc. Securities Litigation ($47.5 million settlement). Nicole also litigated on behalf of investors who have been damaged by fraud in the telecommunications, hedge fund, and banking industries. Over the past decade, Nicole has been actively involved in finalizing the Firm’s securities class action settlements, including cases against Massey Energy Company ($265 million), SCANA ($192.5 million), Fannie Mae ($170 million), and Schering-Plough ($473 million), among many others.

She received a Juris Doctor from the Benjamin N. Cardozo School of Law, Yeshiva University, and earned a Bachelor of Arts in Philosophy from Barnard College.