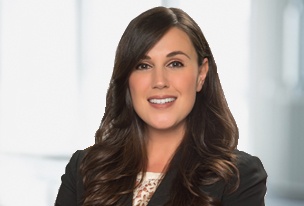 Marisa N. DeMato is a Partner in the New York office of Labaton Sucharow LLP. With more than 15 years of securities litigation experience, Marisa advises leading pension funds and other institutional investors in the United States and Canada on issues related to corporate fraud in U.S. securities markets and provides representation in complex civil actions. Her work focuses on monitoring the well-being of institutional investments and counseling clients on best practices in corporate governance of publicly traded companies. Marisa also advises municipalities and health plans on issues related to U.S. antitrust law and potential violations.

Marisa is known to be “the ultimate professional.” Lawdragon has named her one of the 500 Leading Plaintiff Financial Lawyers in America, and as a result of her work, the Firm has received a Tier 1 ranking in Plaintiff Securities Litigation from Legal 500.  According to clients, “It is because of Marisa that Labaton stands out from its competitors.”

Marisa has achieved significant settlements on behalf of clients. She represented Seattle City Employees’ Retirement System in a $90 million derivative settlement that achieved historic corporate governance reforms from Twenty-First Century Fox, Inc., following allegations of workplace harassment incidents at Fox News. Marisa also represented the Oklahoma Firefighters Pension and Retirement System in an $11 million settlement with Rent-A-Center, Inc. to resolve claims that the company made false and misleading statements regarding its point-of-sale information management system. In In re Walgreen Co. Derivative Litigation, she served as legal adviser to the West Palm Beach Police Pension Fund and secured significant corporate governance reforms and extended Drug Enforcement Agency commitments from Walgreens in response to the company’s violation of the U.S. Controlled Substances Act.

Marisa is one of the Firm’s leading advocates for institutional investing in women and minority-led firms. Since 2018, Marisa serves as co-chair of the Firm’s annual Women’s Initiative Forum, which has been recognized by Euromoney and Chambers USA as one of the best gender diversity initiatives. Marisa is instrumental in the development and execution of these events, and the programs have been praised by attendees for offering insightful discussions on how pension funds and other institutional investors can provide opportunities for women and minority-owned firms.

An accomplished speaker, Marisa frequently lectures on topics pertaining to securities fraud litigation, fiduciary responsibility, and corporate governance issues. Marisa has spoken widely on the subprime mortgage crisis and its disastrous effect on the pension fund community in the United States, as well as on the global implications and related fraud to institutional investors in Italy, France, and the U.K. She has also presented on issues arising from the federal regulatory response to the financial crisis, including implications of the Dodd-Frank Act and the national debate on executive compensation and proxy access for shareholders. Marisa has testified before the Texas House of Representatives Pensions Committee on the changing legal landscape for public pensions following the Supreme Court’s Morrison decision and best practices for non-U.S. investment recovery. Her skillful communication also extends to her interactions with clients. “Marisa stands out as the most effective communicator in regards to our portfolio. She will always keep us informed as to what cases are out there, how solid the merits of the case are, and our potential success as a lead plaintiff.”

Prior to joining Labaton Sucharow, Marisa worked for a nationally recognized securities litigation firm and devoted a substantial portion of her time to litigating securities, derivatives, mergers and acquisitions, and consumer fraud. Over the course of those eight years, she represented numerous pension funds, municipalities, and individual investors throughout the U.S. and was an integral member of legal teams that secured multimillion dollar settlements, including In re Managed Care Litigation ($135 million recovery); Cornwell v. Credit Suisse Group ($70 million recovery); Michael v. SFBC International, Inc. ($28.5 million recovery); Ross v. Career Education Corporation ($27.5 million recovery); and Village of Dolton v. Taser International Inc. ($20 million recovery). Early in her career, Marisa was featured on the sixth season of NBC’s “The Apprentice.” As a result of her role on “The Apprentice,” Marisa has appeared in numerous news media outlets, such as The Wall Street Journal, People, and various national legal journals.

Marisa is an active member of the National Association of Public Pension Attorneys (NAPPA) and the National Association of Securities Professionals (NASP). She is also a member of the Federal Bar Council, an organization of lawyers dedicated to promoting excellence in federal practice and fellowship among federal practitioners.

Marisa earned her Juris Doctor from the University of Baltimore School of Law. She received her Bachelor of Arts from Florida Atlantic University.