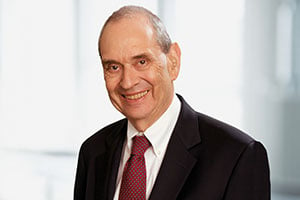 Joseph H. Einstein is Of Counsel in the New York office of Labaton Sucharow LLP.  A seasoned litigator, Joe represents clients in complex corporate disputes, employment matters, and general commercial litigation.  He has litigated major cases in state and federal courts and has argued many appeals, including appearing before the U.S. Supreme Court.

Joe has an AV Preeminent rating, the highest distinction, from the publishers of the Martindale-Hubbell directory.

His experience encompasses extensive work in the computer software field including licensing and consulting agreements.  Joe also counsels and advises business entities in a broad variety of transactions.