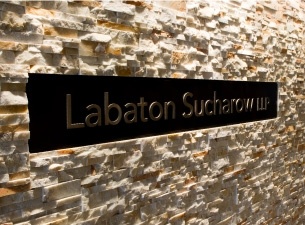 Joseph Cotilletta is an Associate in the New York office of Labaton Sucharow LLP, where he prosecutes complex securities fraud cases on behalf of institutional and individual investors.  He also represents investors in corporate governance and transactional matters, including class action and derivative litigation.

Before joining Labaton Sucharow, Joe was a Senior Attorney at The Lanier Law Firm, where he gained substantial trial and litigation experience pursuing high-value cases in various jurisdictions throughout the United States. Joe helped obtain multi-million dollar recoveries from some of the largest, most prominent companies in the country and set legal precedent in the areas of successor liability and personal jurisdiction. Since the start of his legal career, Joe has dedicated himself to becoming a skilled advocate, sharpening his litigation expertise while trying numerous cases as first or second chair and taking and defending hundreds of depositions.

Joe earned his Juris Doctor from the Pennsylvania State University Dickinson School of Law, where he was selected to join the Order of Barristers and served as an Articles Editor for the Penn State International Law Review and as an extern for the Honorable Kim R. Gibson of the Western District of Pennsylvania. Joe received his Bachelor of Science in Business Administration from Bryant University, where he was captain of the Men’s Lacrosse team.

He is conversant in Italian.