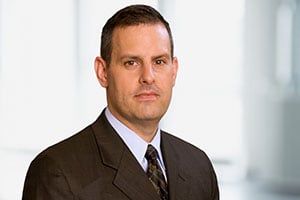 Jonathan Gardner serves as the Managing Partner of Labaton Sucharow LLP, as a member of its Executive Committee, and as Head of Litigation.  He is based in the Firm’s New York office.  Jonathan helps direct the growth and management of the Firm.

With more than 30 years of experience, Jonathan oversees all of the Firm's litigation matters, including prosecuting complex securities fraud cases on behalf of institutional investors.  Jonathan has played an integral role in developing the Firm's groundbreaking ADR Practice.

A Benchmark Litigation “Star” acknowledged by his peers as “engaged and strategic,” Jonathan has also been named an MVP by Law360 for securing hard-earned successes in high-stakes litigation and complex global matters.  He is ranked by Chambers & Partners USA describing him as “an outstanding lawyer who knows how to get results” and recommended by The Legal 500, whose sources remarked on Jonathan’s ability to “understand the unique nature of complex securities litigation and strive for practical yet results-driven outcomes” and his “considerable expertise and litigation skill and practical experience that helps achieve terrific results for clients.”  Jonathan is also recognized by Lawdragon as one of the “500 Leading Lawyers in America” and one of the country’s top “Plaintiff Financial Lawyers.”

Recommended and described by The Legal 500 as having the "ability to master the nuances of securities class actions," Jonathan has led the Firm's representation of investors in many recent high-profile cases including Rubin v. MF Global Ltd., which involved allegations of material misstatements and omissions in a Registration Statement and Prospectus issued in connection with MF Global's IPO in 2007.  In November 2011, the case resulted in a recovery of $90 million for investors.  Jonathan also represented lead plaintiff City of Edinburgh Council as Administering Authority of the Lothian Pension Fund in In re Lehman Brothers Equity/Debt Securities Litigation, which resulted in settlements exceeding $600 million against Lehman Brothers' former officers and directors, Lehman's former public accounting firm, as well the banks that underwrote Lehman Brothers' offerings.  In representing lead plaintiff Massachusetts Bricklayers and Masons Trust Funds in an action against Deutsche Bank, Jonathan secured a $32.5 million recovery for a class of investors injured by the bank's conduct in connection with certain residential mortgage-backed securities.

Jonathan is a member of the Federal Bar Council, New York State Bar Association, and the Association of the Bar of the City of New York.

Jonathan earned his Juris Doctor from St. John’s University School of Law.  He received his bachelor's degree from American University.