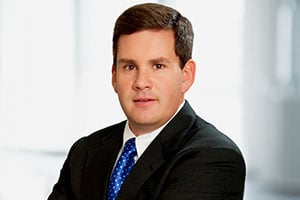 Eric J. Belfi is a Partner in the New York office of Labaton Sucharow LLP and a member of the Firm's Executive Committee.  An accomplished litigator with a broad range of experience in commercial matters, Eric represents many of the world's leading pension funds and other institutional investors.  Eric actively focuses on domestic and international securities and shareholder litigation, as well as direct actions on behalf of governmental entities.  As an integral member of the Firm's Case Development Group, Eric has brought numerous high-profile domestic securities cases that resulted from the credit crisis, including the prosecution against Goldman Sachs.  Along with his domestic securities litigation practice, Eric leads the Firm's Non-U.S. Securities Litigation Practice, which is dedicated exclusively to analyzing potential claims in non-U.S. jurisdictions and advising on the risks and benefits of litigation in those forums.  Additionally, Eric oversees the Financial Products and Services Litigation Practice, focusing on individual actions against malfeasant investment bankers, including cases against custodial banks that allegedly committed deceptive practices relating to certain foreign currency transactions.

Lawdragon has recognized Eric as one of the country’s "500 Leading Plaintiff Financial Lawyers," as the result of their research into top verdicts and settlements, and input from “lawyers nationwide about whom they admire and would hire to seek justice for a claim that strikes a loved one.”

In his work with the Case Development Group, Eric was actively involved in securing a combined settlement of $18.4 million in In re Colonial BancGroup, Inc. Securities Litigation, regarding material misstatements and omissions in SEC filings by Colonial BancGroup and certain underwriters.  Eric's experience includes noteworthy M&A and derivative cases such as In re Medco Health Solutions Inc. Shareholders Litigation in which he was integrally involved in the negotiation of the settlement that included a significant reduction in the termination fee.

Under Eric’s direction, the Firm’s Non-U.S. Securities Litigation Practice—one of the first of its kind—also serves as liaison counsel to institutional investors in such cases, where appropriate.  Eric represents nearly 30 institutional investors in over a dozen non-U.S. cases against companies including SNC-Lavalin Group Inc. in Canada, Vivendi Universal, S.A. in France, OZ Minerals Ltd. in Australia, Lloyds Banking Group in the UK, and Olympus Corporation in Japan.  Eric's international experience also includes securing settlements on behalf of non-U.S. clients including the U.K.-based Mineworkers' Pension Scheme in In re Satyam Computer Securities Services Ltd. Securities Litigation, an action related to one of the largest securities frauds in India, which resulted in $150.5 million in collective settlements.  While representing two of Europe's leading pension funds, Deka Investment GmbH and Deka International S.A., Luxembourg, in In re General Motors Corp. Securities Litigation, Eric was integral in securing a $303 million settlement in relation to multiple accounting manipulations and overstatements by General Motors.

As head of the Financial Products and Services Litigation Practice, Eric served as lead counsel to Arkansas Teacher Retirement System in a class action against State Street Corporation and certain affiliated entities alleging misleading actions in connection with foreign currency exchange trades, which resulted in a $300 million recovery.  He has also represented the Commonwealth of Virginia in its False Claims Act case against Bank of New York Mellon, Inc.

Prior to joining Labaton Sucharow, Eric served as an Assistant Attorney General for the State of New York and as an Assistant District Attorney for the County of Westchester.  As a prosecutor, Eric investigated and prosecuted white-collar criminal cases, including many securities law violations.  He presented hundreds of cases to the grand jury and obtained numerous felony convictions after jury trials.

Eric is a member of the National Association of Public Pension Attorneys (NAPPA) Securities Litigation Working Group.  He has spoken publicly on the topics of shareholder litigation and U.S.-style class actions in European countries and has also discussed socially responsible investments for public pension funds. Eric also is a member of the Cold Spring Harbor Laboratory (CSHL) Corporate Advisory Board, which supports the CSHL’s community of more than 600 scientists dedicated to relieving human suffering and improving the quality of life.

Eric earned his Juris Doctor from St. John’s University School of Law and received his bachelor’s degree from Georgetown University.