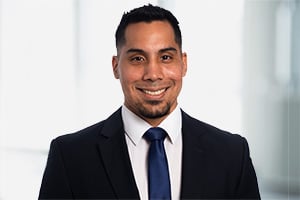 Prior to joining Labaton Sucharow, David was an Honors Intern with the Securities and Exchange Commission in their New York Enforcement Division office.

He is currently an active member of the Federal Bar Council and New York City Bar Association, where he serves on the Securities Litigation Committee.

He is fluent in Spanish.