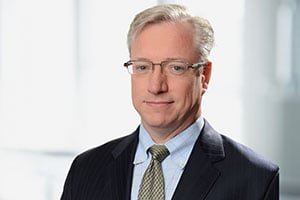 Chris' securities practice has developed a focus on life sciences industries; his cases often involve claims against pharmaceutical, biotechnology, or medical device companies. Most recently, Chris served as lead counsel in In re Amgen Inc. Securities Litigation, a case against global biotechnology company Amgen and certain of its former executives, resulting in a $95 million settlement. He also served as co-lead counsel in In re Schering-Plough Corporation / ENHANCE Securities Litigation, which resulted in a $473 million settlement, one of the largest securities class action settlements ever against a pharmaceutical company and among the largest recoveries ever in a securities class action that did not involve a financial restatement. He was also an integral part of the team that successfully litigated In re Bristol-Myers Squibb Securities Litigation, where Labaton Sucharow secured a $185 million settlement, as well as significant corporate governance reforms, on behalf of Bristol-Myers Squibb shareholders.

Chris began his legal career at Patterson, Belknap, Webb & Tyler LLP, where he gained extensive trial experience in areas ranging from employment contract disputes to false advertising claims. Later, as a senior attorney with a telecommunications company, Chris advocated before regulatory agencies on a variety of complex legal, economic, and public policy issues.