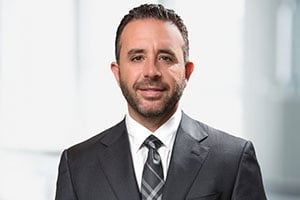 Christopher J. Keller focuses on complex securities litigation cases. His clients are institutional investors, including some of the world's largest public and private pension funds with tens of billions of dollars under management.

In addition to his active caseload, Chris holds a variety of leadership positions within the Firm, including serving on the Firm's Executive Committee. In response to the evolving needs of clients, Chris also established, and currently leads, the Case Development Group, which is composed of attorneys, in-house investigators, financial analysts, and forensic accountants. The group is responsible for evaluating clients' financial losses and analyzing their potential legal claims both in and outside of the U.S. and tracking trends that are of potential concern to investors.