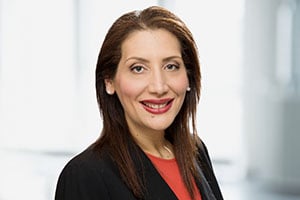 Amy N. Greenbaum serves as Director of Investigations in the New York office of Labaton Sucharow LLP.  Amy has been with the Firm since 2005 and founded Labaton Sucharow’s investigative team, which handles all of the Firm’s internal cases.  Amy is a Certified Fraud Examiner, and throughout her career, she has developed significant expertise in financial investigative matters.

Amy supervises the firm’s investigations and works closely with attorneys and other professionals to develop and cultivate complex cases.  Her responsibilities include generating investigative leads through analysis of information pertinent to active and potential cases.  Amy oversees a team of investigators that handle all of the Firm’s internal cases.  Amy has been involved in developing witnesses that have aided in several of the Firm’s recent successes.  Amy has also authored and developed an internal investigative protocol, which has received accolades from federal judges throughout the country.  Amy is instrumental in developing case theories and strategies throughout investigations.

Prior to joining Labaton Sucharow, Amy worked at Mayer Brown where she was part of multiple teams retained by the Boards of Directors of public companies or external audit companies to investigate potential fraudulent environments.  Amy also worked on pro bono cases, such as assisting families of 9/11 victims to obtain awards from the Victim’s Compensation Fund.  Amy participated in over a dozen mini-trials in front of Special Master Kenneth Feinberg to secure funds for those families; her team ultimately recovered over $75 million dollars for the victims’ families.  Before joining Mayer Brown, Amy served in the General Counsel’s office of CIBC World Markets, where she supervised all of the bank’s arbitrations and was an integral member of the Legal & Compliance Department.  Amy began her career at another New York-based plaintiffs’ firm in Case Development.

She received her Bachelor of Arts from Indiana University, where she was a member of the Division I Women’s Basketball team.