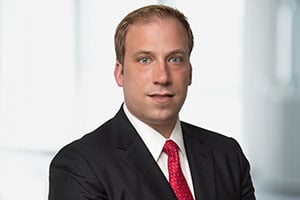 Alfred's success in moving the needle in the legal industry has earned him recognition from Chambers & Partners USA, the National Law Journal as a "Plaintiffs’ Lawyer Trailblazer," and The American Lawyer as a "Northeast Trailblazer."  Lawdragon has recognized him as one of the country’s “500 Leading Plaintiff Financial Lawyers” and Benchmark Litigation also named him to their “40 & Under List.”

Alfred represents individual and institutional investors in cases related to the protection of the financial markets and public securities offerings in trial and appellate courts throughout the country. In particular, he is leading the Firm’s efforts to litigate securities claims against several companies in state courts following the U.S. Supreme Court’s decision in Cyan, Inc. v. Beaver County Employees Retirement Fund.

Alfred is also overseeing the firm’s efforts in litigating several cases in federal courts. This includes a securities class action against Uber Technologies Inc. arising from the company’s $8 billion IPO.

Prior to joining Labaton Sucharow, Alfred was an Associate at Fried, Frank, Harris, Shriver & Jacobson LLP, where he advised and represented financial institutions, investors, officers, and directors in a broad range of complex disputes and litigations including cases involving violations of federal securities law and business torts.