The plaintiffs allege that Yahoo’s actions constituted a reckless disregard for the safety and security of Yahoo users’ personal information and assert that Yahoo should be responsible for damages caused to its users. Unlike many other recent data breaches, Yahoo has not offered users any assistance with identity theft protection, even though its users are now at a much higher risk of having their identities stolen and must pay out of their own pockets to protect themselves.

Background
In a statement released on September 22, 2016, Yahoo noted that a “recent investigation” confirmed that sensitive personal account information associated with at least 500 million user accounts “was stolen from the company’s network in late 2014 by what it believes is a state-sponsored attack.” The stolen information included users’ names, email addresses, telephone numbers, dates of birth, hashed passwords, and in some cases, encrypted or unencrypted security questions and answers. Reports indicate that this data breach was the largest from a single site in history.

We will review your information free of charge and without any obligation on your part. The information submitted through this form will remain confidential. This form is not intended to create an attorney-client relationship. If you would like to speak directly with one of our lawyers, we welcome you to contact us at 212-907-0700 or 888-753-2796. 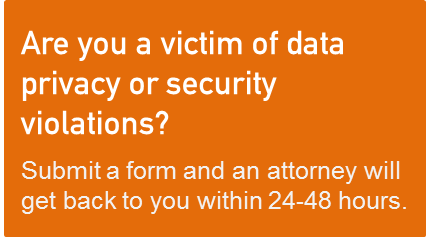