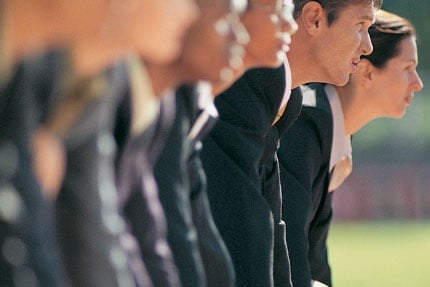 The JOBS Act will dramatically change the legal and regulatory landscape across the U.S. by encouraging IPOs through relaxed regulation. But what are the potential effects of reduced regulatory burden and increased risk of securities fraud litigation?

The Jumpstart Our Business Startups (JOBS) Act, which sailed through Congress with broad, bipartisan support, should dramatically change the legal and regulatory landscape for financial professionals across the United States. Intended to foster economic growth by encouraging startups and initial public offerings, the legislation will alter key internal control and audit requirements for a new category of "emerging growth companies" and will encourage the controversial practice of crowdfunding. The repercussions will be far-reaching for public companies, auditors, underwriters and investors.

The premise of the JOBS Act is that investor protection regulations have been an impediment to the ability of companies to raise cash from the public - and that rolling back these rules will permit entrepreneurs to expand their business and hire more Americans.

Among other things, the JOBS Act will: (1) create an IPO "on-ramp" so that emerging growth companies - those with less than $1 billion in annual revenue - have up to five years to comply with reporting requirements set out in the Sarbanes- Oxley Act of 2002; (2) relax regulatory restrictions on the way startups communicate with investors, including through the use of social media; and (3) remove the "Chinese wall" that sought to curb conflicts of interest between analysts, their banking colleagues and investors.

Some have questioned whether relaxing investor protection regulations will do much to promote economic growth. It is true that the number of IPOs has been declining over the course of the last 15 years, even accounting for cyclical variations. However, the connection between this drop and Sarbanes-Oxley is far from clear. While Sarbanes-Oxley tightened reporting requirements and limited pre-IPO activities for prospective new issuers - potentially making it more expensive for some companies to go public - the decline in IPOs preceded Sarbanes- Oxley by several years.

A more likely explanation is that IPOs have simply become less profitable with the diminished role of traditional broker-dealers who lent critical support to unknown stocks and the use of decimalization, which priced stocks in cents rather than fractions and removed profits from trading that previously, had given brokers an incentive to list small companies.

Though the JOBS Act may ultimately do little to stimulate the economy, there is little doubt that its provisions will change the way many public companies operate.