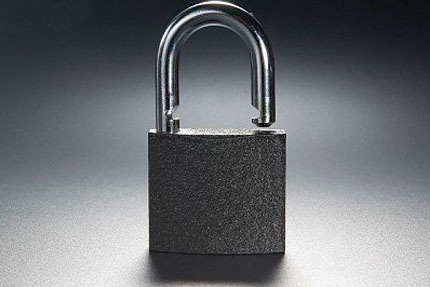 The Benefits of Investor Protection

Is it possible - or even desirable - to try to precisely measure the economic benefit of investor and consumer protections?

A series of new legal decisions undercutting financial reforms raises a troubling question: Is it possible - or even desirable - to try to precisely measure the economic benefit of investor and consumer protections?

This is the question that has been raised by several lawsuits over the market safeguards embodied in the Wall Street Reform and Consumer Protection Act of 2009. After surmounting steep legislative and regulatory hurdles, these Dodd-Frank measures are now facing their fiercest challenge yet, and from an unexpected source - the courts. Unfortunately for investors, some judges are now holding these reforms to a test that may be impossible to meet.

The Dodd-Frank Act was designed not only to promote financial transparency and protect investor interests, but to create a safety net for the broader markets through provisions intended to reduce systemic risk.

Among its most important achievements, the Dodd-Frank Act imposed prudent restrictions on the previously Wild-West world of over-the-counter derivative trading, reigned in executive compensation packages that encouraged corporate risk-taking, and made it easier for investors to vote out ineffective directors through a new proxy access rule.

These reforms have one vulnerability, however, that has been seized upon in lawsuits brought by industry interests: Their benefits are difficult to measure.

In a series of recent cases, the new rules have been challenged under a law that requires that the U.S. Securities and Exchange Commission ensure that its rulemaking promotes "efficiency, competition and capital formation." This language has been interpreted by courts to require that the SEC engage in a cost-benefit analysis carefully weighing the expenses that a new rule imposes on the industry with the economic benefits that will flow from the measure.

Unfortunately for investors and consumer advocates, while it is easy to calculate costs imposed by many Dodd-Frank reforms, it is difficult to assign a dollar value to their benefits. A recent decision by the United States Court of Appeals for the District of Columbia illustrates this conundrum. In evaluating the SEC's cost-benefit analysis of the new proxy access provisions, the court faulted the commission for failing to properly quantify the economic benefit of the new rule.

The court reasoned that, while it was easy to quantify the additional expenses associated with corporate elections that the rule might cause, the SEC failed to supply sufficient "empirical data" illustrating the benefits to investors of a rule that increased their ability to participate in the election of directors. If held to such a standard, many protections we take for granted might be difficult to support. What empirical evidence supports the value of free speech, or of due process?

As fear and volatility return to the markets, the importance of the reforms set out in the Dodd- Frank Act is greater than ever - and the courts should accept that some of these protections cannot be reduced to dollars and cents. Rather than require that the SEC provide a precise economic measure of the benefits of Dodd-Frank rules, courts should take a broader view of empirical evidence, including both social science and the lessons of history.