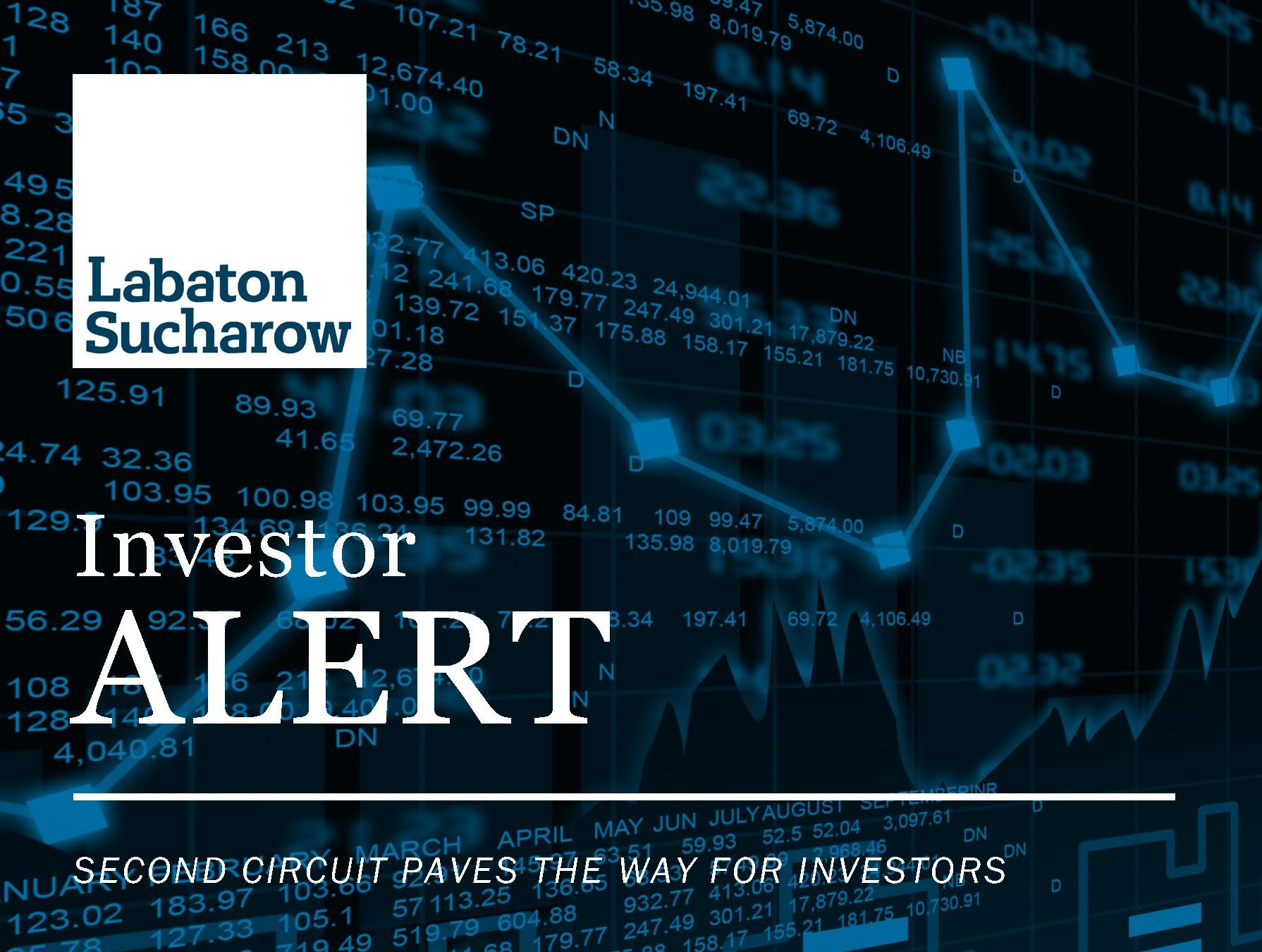 Investor Alert: Second Circuit Paves The Way For Investors To Hold Companies Accountable Even If Their Statements Are Framed As Opinions

Investors seeking to hold companies liable for committing securities fraud can take comfort in this past summer’s Second Circuit decision, Abramson v. Newlink Genetics Corporation, 965 F. 3d 165 (2d Cir. 2020), that broadly applied the standard for finding statements of opinion actionable. In all securities fraud cases, investors (i.e., plaintiffs) must adequately allege that defendants made statements that were false or misleading by alleging that defendants: (1) made an “untrue statement of material fact,” or (2) “omit[ted] to state a material fact necessary in order to make [ ] statements made, in light of the circumstances under which they were made, not misleading."1 The second method—which encompasses statements of opinions—has been the subject of debate for many years.

In Abramson, where the court held certain opinion statements actionable, the facts relevant to its analysis are simple. Defendants, a pharmaceutical corporation and its leadership, attempted but ultimately failed to push their pancreatic cancer drug through the final clinical trial needed to receive FDA approval.3 Plaintiffs alleged, inter alia, that defendants misrepresented the scientific literature on pancreatic cancer to make their own results appear more favorable.4 For example, plaintiffs alleged that defendants represented to investors at an investor conference that “all the major studies” conclude that the pancreatic cancer survival rate was at most 20 months, and similarly on an analyst call that “we don’t have any reason to believe” that the survival rate will be greater than 20 months.5 Contrary to defendants’ representations, plaintiffs provided evidence of multiple major studies that showed survival rates well above 20 months.6


The district court dismissed the statements, characterizing them as mere opinions about how Defendants “chose to interpret the historical data,” rather than fact.7 The Second Circuit disagreed. Finding that the lower court erred in dismissing these statements, the Second Circuit first clarified that it need not classify the statements as opinions or facts.8 The court explained that the “outcome . . . would not differ” because Omnicare reduced the significance of this classification “[b]y increasing the ability of plaintiffs to plead material omissions with respect to statements
of opinions.”9

Following Supreme Court precedent, the Second Circuit engaged in a plaintiff-friendly approach and stressed the importance of the statements’ context when determining their actionability.10 The court stepped in the shoes of the reasonable investor and carefully considered what defendants’ statements truly conveyed to the public. The court reasoned, for instance, that when defendants stated that “all the major studies” concluded the maximum survival rate was at most 20 months, and later stated that they “don’t have any reason to believe” otherwise, defendants “implied that there were no competing facts on survival rates” and effectively represented that they performed a “detailed investigation” to ensure that “no meaningful evidence existed to rebut [that] proposition."11 Yet, in reality, major studies showed survival rates above 20 months. Thus, in light of “[t]his context, including the specificity of the representation, and the authority with which it was made,” the court ruled in plaintiffs’ favor.12

The court also found relevant that defendants’ statement that “all major studies” conclude that the pancreatic cancer survival rate was at most 20 months was made during a “scheduled presentation at an important conference for . . . investors,” and as such, investors “would have credited [defendants’] statement as researched and intentional, part of a well-prepared professional presentation.”13 Such reasoning bodes well for plaintiffs as many statements alleged as misrepresentations in securities cases are from scheduled calls with investors and analysts.

While it is true and uncontroversial that a statement is not misleading simply because there is “some fact cutting the other way,”14 when presented with multiple sources indicating a statement was misleading—even if it was the defendants’ opinion—the Second Circuit held that defendants are required to either “speak less confidently” about the subject matter, or “disclose the existence” of contrary evidence.15 Doing neither constitutes securities fraud. Indeed, the court held that “[w]hen omitted contrary facts substantially undermine the conclusion a reasonable investor would reach from a statement of opinion, that statement is misleading and actionable.”16

Abramson’s holding thus leaves plaintiffs well-armed in the battle of holding defendants accountable for their misrepresentations by giving teeth to the standards set forth in the Supreme Court’s Omnicare decision. The Second Circuit instructs district courts to look past the gamesmanship that defendants often play with crafting their statements as opinions in an attempt to escape from liability. Far too long have companies tried to dismiss securities fraud cases brought against them on the technicality that their statements were mere opinions, including post-Omnicare, where defendants embarked on a mission to limit its holding. In Abramson, courts are reminded that they are required to follow the precedent established by the Supreme Court, which is to consider the context in which the statements were made, and to consider what underlying representations are being made to a reasonable investor—regardless of how the statement is worded. As binding authority on all courts within the Second Circuit and helpful authority for plaintiffs throughout the country, Abramson’s decision not only makes it easier for plaintiffs to survive motions to dismiss, but may expand the types of actionable misstatements, leading to potentially increased recoveries for investors.