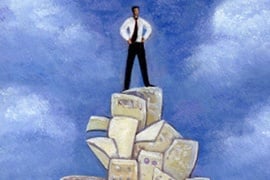 After enacting reform in the finance and healthcare sectors legislators and regulators have staked out a new battleground.

It is not surprising that policy-mak­er soul searching over the causes of the financial crisis has turned to corporate governance. While the credit ratings industry and corporate leveraging practices have much to answer for in the catastrophes of 2007 and 2008, the structure of shareholder-management relations in the United States may have played a significant role in exacerbating the strife in the markets.

Moreover, the statute contains pro-visions giving institutional investors an incentive to actually exercise their new rights to participate in decision-making. Under the new rules, institutional investors are required to report at least annually how they voted on any shareholder say-on-pay or golden parachute proposals, unless their vote is otherwise required to be publicly reported.

While some question whether there are real teeth in non-binding say-on-pay resolutions, experience with executive compensation votes at Motorola and Occidental Petroleum has shown that many boards are reluctant to override the will of shareholders on such a sensitive topic.