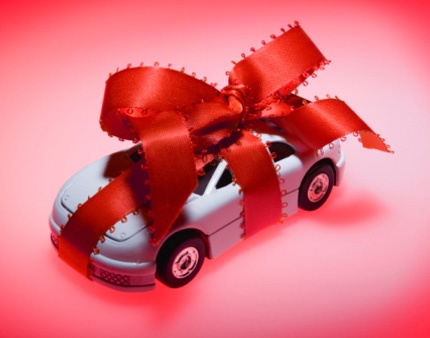 While the recent focus on excessive executive compensation has influenced the Wall Street Reform Act and other regulatory efforts to reform executive pay, practical suggestions for how companies can avoid the perils of bonus arrangements have been hard to come by.

That may be changing, as scholars and policy-makers in the U.S. and abroad begin to offer some pragmatic new approaches to this thorny problem.

The recent wave of criticism of executive compensation arrangements arises from the fact that executives are often able to unload restricted stock and options as soon as they vest. This may actually encourage management to engage in short-term transactions resulting in large profits, but equally great long-term risks to shareholders - risks not faced by the executives themselves if they cash out quickly enough.

Boards everywhere may soon have no choice but to confront these compensation issues, as provisions aimed at reigning in executive pay arrangements are an important part of the newly signed Wall Street Reform Act.

The act requires that shareholders be permitted to periodically cast an advisory vote on executive compensation. There is reason to believe such "say on pay" rules may do much to shake up compensation practices, as at least three companies to date - KeyCorp, Motorola, Inc., and Occidental Petroleum Corporation - have already seen shareholders reject executive pay packages in "say on pay" votes.

Moreover, the new statute requires the Securities and Exchange Commission to adopt rules requiring proxy disclosure of information that shows the relationship between executive compensation actually paid and the financial performance of the company, taking into account any change in the issuer's stock value and dividends paid. Such a disclosure requirement will guarantee closer scrutiny of arrangements that had previously been negotiated in privacy.

While the reform legislation will surely focus shareholder attention on executive pay arrangements, it does little to help companies understand what kinds of pay packages would be more likely to encourage a focus on long-term profitability.

In their new paper, "Paying for Long-Term Performance" ( University of Pennsylvania Law Review, v. 158 No. 7, at 1915), professors Lucian Bebchuk and Jesse Fried offer some concrete suggestions for ways to tie executive compensation to a company's long-term performance. Bebchuk and Fried argue that equity incentives can be designed to prevent the gaming of equity grants both at the front end, when they are granted, and at the back end, when they are exercised.

Bebchuk and Fried urge that equity compensation should be subject to grant-based limitations on unwinding that would only allow the equity to be sold gradually. This would allow an executive to unload more and more equity as time passes from the vesting date.

By requiring executives to hold the equity for a longer period of time, boards will not need to replenish that executive's holding as frequently. This will also reduce the incentives to focus on the short-term profits, since the payoff from his or her equity will depend on stock prices in the long run.

However, Bebchuk and Fried warn that grant-based limitations alone are not sufficient to avoid short-terms and other problems associated with executives' ability to quickly unwind large amounts of stock.

Because some executives serve a significant period of time and can accumulate large numbers of disposable shares even with grant-based limitations, Bebchuk and Fried argue that it is important to supplement a firm's grant-based limitations on unwinding with aggregate limitations on unwinding that are based on the executive's entire portfolio of vested equity accumulated over time. Executives should not be permitted to unload more than a specified percentage of the total vested equity they hold at the beginning of the year. Such an approach would help place a limit on the weight accorded by the executive to short-term results and stock prices.

Bebchuk and Fried emphasize that in order for these measures to be effective, companies must prohibit executives from engaging in any hedging, derivative, or other transactions with an equivalent economic effect that could reduce or limit the extent to which declines in the company's stock price would lower the executive's payoffs or otherwise materially dilute the performance incentives created by the equity-based compensations.

Hedging practices can completely undermine any incentive for executives to help their companies perform well, and may instead provide rewards when share prices fall.

Perhaps the greatest concern for corporations seeking to restructure compensation packages along the lines proposed by Bebchuk and Fried is the competitive risk posed if reform measures are not imposed uniformly. Companies that adopt more stringent controls over compensation may lose executive talent to competitors with more lenient practices.

This opportunity for compensation arbitrage may best be resolved through the imposition of uniform standards at a regulatory level.

Under the EU strategy, no more than 30 percent of these bonuses can consist of up-front cash - and in the case of very large bonuses, no more than 20 percent can be cash.

More importantly, the new rules provide that about 70 percent of total bonus value would be deferred for up to three years and would be paid in a new class of security dubbed "contingent capital." In the event of financial difficulties, this contingent capital could be converted into equity that would fall in value with declining company fortunes - ensuring that executives have a real stake in future corporate prosperity.

In the wake of the new Wall Street Reform Act, boards everywhere will be scrambling to find blueprints for more successful compensation schemes. The approaches used in the EU and advocated by scholars like Bebchuk and Fried may be a good place to begin.