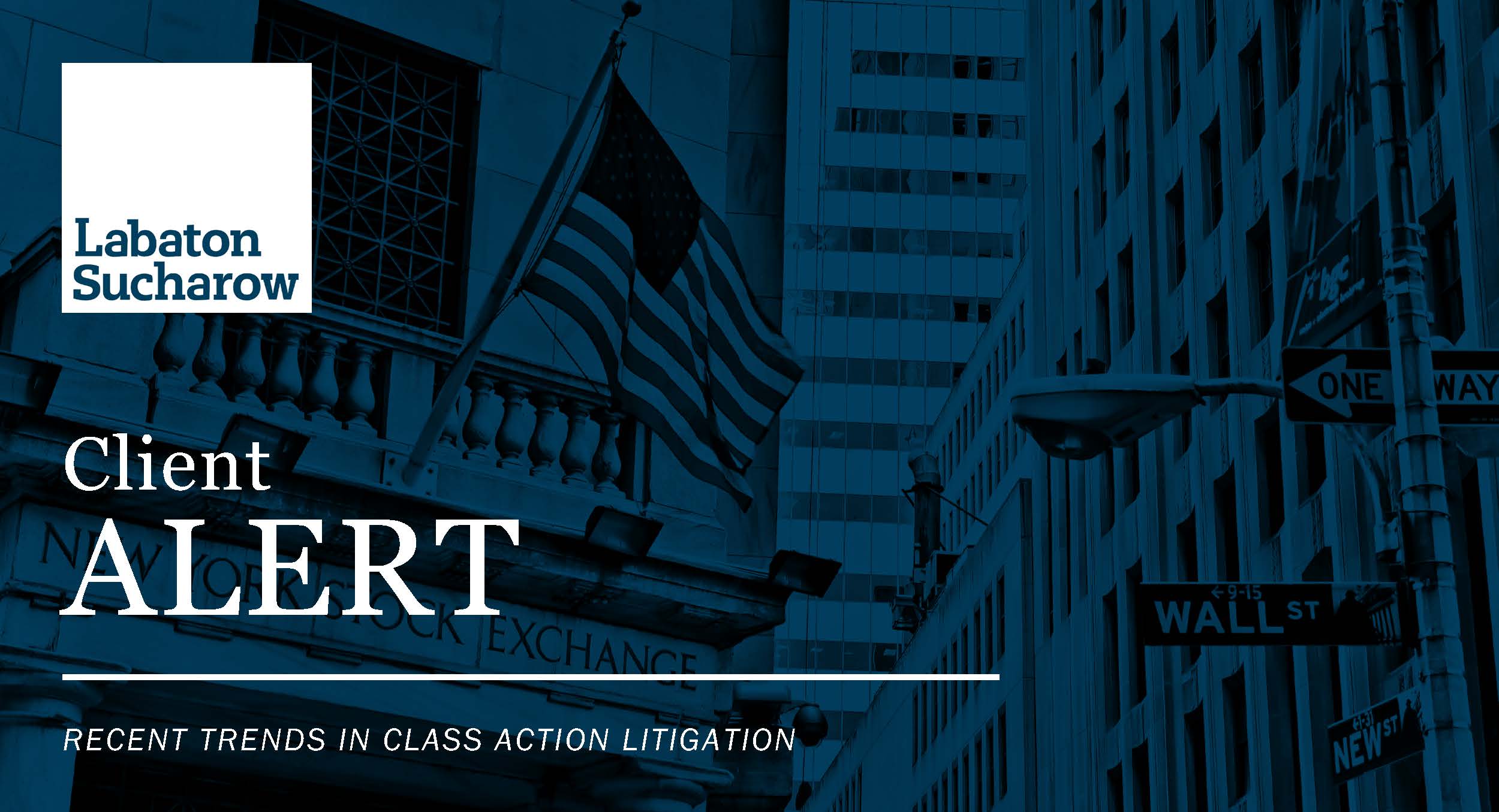 Securities class action lawsuit filings remained at elevated levels in 2019. According to the recently-published annual report from NERA Economic Consulting, entitled “Recent Trends in Securities Class Action Litigation: 2019 Full-Year Review,” there were relatively fewer merger objection lawsuits during the year and relatively more standard securities suits. According to the report, there were 433 federal court securities class action lawsuits filed in 2019, the same number as NERA counted in 2018. For the last three years, the filing totals have been at their highest recorded levels.

The federal court securities suit filings are not evenly distributed throughout the country; rather, they are concentrated in certain courts. Between January 2017 and December 2019, 73% of all federal court securities lawsuits (including merger objection lawsuits) were filed in just three federal judicial circuits—the Second, Third, and Ninth. In 2019, the number of cases filed in the Second Circuit (108) was nearly double the number filed in the Ninth Circuit (56), which had the second most number of suits. The Third Circuit includes Delaware, where a large number of companies are incorporated, and has continued to show a high number of filings, with 32 cases filed over the past 12 months.

During 2015-2016, the most common type of allegation included in securities class action complaints was related to accounting issues, with more than 30% of cases including this type of allegation. In 2019, the relative mix of allegations shifted, with more cases including allegations of missed earnings guidance. Specifically, more than 30% of complaints filed in 2019 included allegations of company-specific missed earnings guidance, compared with an average of 20% in the previous four years. Although allegations related to future performance and regulatory issues remain common, there have been no major changes in the respective proportion of cases including these claims. Allegations involving merger-integration issues have continued to show an upward trend, increasing from 8% of cases in 2018 to 11% in 2019.

Despite the wave of event-driven litigation filings in 2018 related to the #MeToo movement and the opioid crisis, filings of these cases did not dominate 2019. In fact, very few of these cases were filed in 2019. There was, however, an increase in federal filing activity related to cyber security breach allegations.

In addition, there has been a new development: filings in the cannabis industry.

Finally, new securities suits recently filed against 3M and The Chemours Company are the latest examples of corporate and securities litigation arising from environmental disclosure-related issues. The gist of these cases centers on false and misleading statements to conceal the truth about each company’s exposure to legal liability associated with its most lucrative product offerings: man-made chemicals known as per- and polyfluoroalkyl substances (PFAS).

As a result of the Supreme Court’s 2018 ruling in Cyan, Inc. v. Beaver County Employees Retirement Fund, plaintiffs may bring cases in state court under Section 11 of the Securities Act of 1933, which addresses misstatements and omissions in registration statements filed in connection with a public offering of securities. As a result, plaintiffs may now file Section 11 class actions in state court, federal court, or both for the same underlying violations. Although the substance of Section 11 is the same in state and federal court, securities class actions filed in state court provide many advantages to plaintiffs, including more plaintiff-friendly judges unlikely to dismiss cases at the pleading stage, early-stage discovery, lower pleading standards, and the potential to reach resolution more quickly and efficiently than a Securities Act claim filed in federal court. For these reasons, we have seen marked increases in Section 11 cases filed in state court in the post-Cyan environment.

Labaton Sucharow is currently prosecuting several securities violations related to cyber security breaches, the cannabis industry, and environmental disclosure-related issues, as well as Section 11 cases in state court. We will keep you apprised of the developments in these areas.

Labaton Sucharow’s lawyers are available to address any questions you may have regarding these developments. Please contact the Labaton Sucharow lawyer with whom you usually work.

A printable version of this alert is available here.