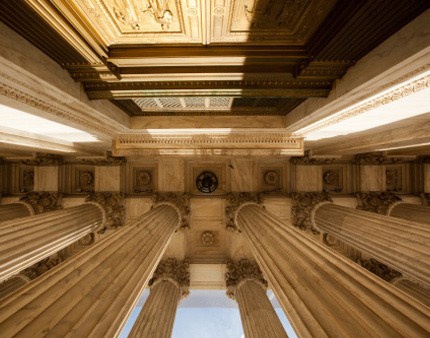 There appears to be a modest trend favoring immunization of foreign conduct, but courts are still elusive as to providing a clear articulation of the basis for it.

The Noerr-Pennington doctrine immunizes from antitrust scrutiny under the Sherman Act legitimate collective efforts to petition U.S. legislative, executive and judicial bodies into taking competition-restricting action. While it was clear after the doctrine was first created by the U.S. Supreme Court that such conduct was protected when it involved petitioning U.S. government entities, lower courts and commentators disputed whether the doctrine provided the same antitrust immunity to joint efforts to petition foreign governments. There are two reasons for this tension: First, lower courts and commentators disagreed about whether the Court had spoken on the issue, and, second, they questioned the grounds upon which it putatively based its Noerr decision, as well as whether those same grounds would also apply to like conduct taken abroad.

In 1983, the U.S. Court of Appeals for the 5th Circuit held that conduct as it related to influencing foreign governments was protected from antitrust liability, holding the opposite of several prior cases that considered the issue. However, the precise grounds for the decision were unclear. Thereafter, courts began to follow the 5th Circuit's lead, but without further analysis as to the basis for applying the doctrine. Recently, two district courts in California considered the issue. One applied the doctrine's protections to foreign petitioning without much analysis, while the other could be read to implicitly suggest it might have done so under different facts. Thus, while there appears to be a modest trend favoring application of the doctrine to foreign conduct, courts are still elusive as to providing a clear articulation of the basis for immunizing such conduct. Until this occurs, companies should not take much comfort in these recent developments when considering petitioning governments abroad.

The doctrine takes its name from two seminal Supreme Court cases. In Eastern R.R. Presidents Conference v. Noerr Motor Freight Inc., 365 U.S. 127 (1961), the Court held that the Sherman Act does not prohibit persons or entities from associating together for the purpose of genuinely persuading U.S. legislative or executive branches against taking an action that would inhibit competition (i.e., restrain trade or produce a monopoly). The Court reasoned that there were constitutional (the First Amendment right to petition) and statutory (the limited reach of the Sherman Act) considerations behind its decision, but in its analysis, it was unclear whether one or both supported its holding and, if both, whether one was more important than the other.

Next, in United Mine Workers v. Pennington, 381 U.S. 657 (1965), the Supreme Court extended the Noerr principle to protect joint attempts to influence government administrative processes. However, the Court did not further elaborate on the reasons underlying its holding. Notwithstanding, the Noerr-Pennington doctrine was born. Although it clearly provided antitrust immunity for legitimate joint efforts to petition U.S. government entities, it left unsettled a clear articulation of the underlying grounds for the doctrine.

In addition, the Court never explicitly addressed whether Noerr-Pennington immunity extended to similar action conducted abroad, nor has it to date. Some courts and commentators have considered whether the Supreme Court implicitly extended the doctrine to cover the solicitation of foreign governments in Continental Ore Co. v. Union Carbide & Carbon Corp., 370 U.S. 690 (1962). See, e.g., Occidental Petroleum Corp. v. Buttes Gas & Oil Co., 331 F. Supp. 92, 107 (C.D. Calif. 1971) (discussing whether the Supreme Court decided sub silentio that Noerr-Penningtonimmunity would have applied to the conduct at issue had there been a solicitation of foreign government action, or whether, in view of the facts, the Court deemed it unnecessary to decide the legal question).

Following the Noerr and Pennington decisions, district courts generally rejected or questioned the application of the doctrine to the petitioning of foreign governments. The leading case was Occidental Petroleum Corp. v. Buttes Gas & Oil Co., 331 F. Supp. 92, 107 (C.D. Calif. 1971), which, after noting that there was no direct authority on the issue, held that the doctrine did not extend to the petitioning of foreign governments. It reasoned that the constitutional underpinning for the doctrine - to avoid trespassing on the First Amendment right to petition - "carries limited if any applicability to the petitioning of a foreign government" Id. at 108. It further found there was no statutory basis for the applicability of the doctrine because the specific facts of the case did not demonstrate that the relationship between a representative democracy and its constituents had been threatened.

Other courts similarly questioned the applicability of the immunity to conduct engaged in abroad. See Dominicus Americana Bohio v. Gulf & W. Indus. Inc., 473 F. Supp. 680, 690 n.3 (S.D.N.Y. 1979) (noting it is an "open question" whether the Noerr-Pennington doctrine has any application to the lobbying of a foreign government); Bulkferts Inc. v. Salatin Inc., 574 F. Supp. 6, 9 (S.D.N.Y. 1983) (noting it is "questionable" whether the doctrine applies to activities influencing foreign governments).

The issue was considered again a decade later in Coastal States Mktg. Inc. v. Hunt, 694 F.2d 1358 (5th Cir. 1983). There, the 5th Circuit held that legitimately petitioning a foreign government was immune from antitrust scrutiny under Noerr-Pennington, reaching the opposite result of Occidental Petroleum. The court reasoned that Noerr was based on a statutory construction of the Sherman Act, not the First Amendment, relying on its interpretation of a footnote in Noerr. It also found implicit support in the Supreme Court's Continental Ore decision, as well as in the position taken in the U.S. Department of Justice's Antitrust Guide for International Operations, 63 (Jan. 26, 1977) (supporting application to foreign conduct); see also U.S.D. Corp., Request Letter to DOJ, B.R.L. 85-8, 1985 WL 71877 (DOJ June 25, 1984). In the updated 1995 Department of Justice and Federal Trade Commission Antitrust Enforcement Guidelines for International Operations, the agencies state that "[w]hatever the basis asserted forNoerr-Pennington immunity (either as an application of the First Amendment or as a limit on the statutory reach of the Sherman Act, or both), the Agencies will apply it in the same manner to the petitioning of foreign governments and the U.S. Government." § 3.34.

However, the 5th Circuit recognized that there was disagreement among scholars as to whether the immunity applies to influencing foreign governments or whether any implications could be drawn from Continental Ore. See Douglas Michael Ely, "The Noerr-Pennington Doctrine and the Petitioning of Foreign Governments," 84 Colum. L. Rev. 1343 (1984) (arguing that neither the constitutional nor the statutory rationale convincingly supports its application to conduct abroad).

The 5th Circuit then attempted to distinguish Occidental Petroleum, finding that it rested solely on First Amendment grounds and rejecting the notion that petitioning immunity extends only so far as the First Amendment right to petition. Instead, it held that "[t]he Sherman Act, as interpreted by Noerr, simply does not penalize as an antitrust violation the petitioning of a government agency. We see no reasons why acts that are legal if done in the United States should in a United States Court become evidence of illegal conduct because performed abroad." Id. at 1366. This decision opened the door to several others that also immunized the petitioning of a foreign government from antitrust scrutiny under Noerr-Pennington, albeit none provided any substantive analysis of the grounds to support their decisions. See Blue Cross and Blue Shield Assoc. v. Group Hospitalization and Med. Servs. Inc., 744 F. Supp. 700, 719 (E.D. Va. 1990), affirmed and remanded (on other grounds), 911 F.2d 720 (4th Cir. 1990); The Coca-Cola Co. v. Omni Pac. Co. Inc., No. C 98-0784 S1, 1998 U.S. Dist. Lexis 23277, at *28-*29 (N.D. Calif. Dec. 9, 1998);Carpet Group Int'l v. Oriental Rug Importers Ass'n Inc., 256 F. Supp. 2d 249, 266 (D.N.J. 2003). The overall implication of the Occidental Petroleum and Coastal States decisions was a morass of conflicting reasons whyNoerr-Pennington immunity should or should not apply to foreign petitioning.

Two recent decisions from the Northern District of California addressed the issue but did not advance the doctrinal propriety (or impropriety) of applying it in a foreign context. In Luxpro Corp. v. Apple Inc., No. C 10-03058, 2011 WL 1086027 (N.D. Calif. March 24, 2011), Luxpro, a manufacturer of MP3 players, brought an action against Apple, which included antitrust claims based on Apple's conduct in seeking injunctions in Germany and Taiwan against Luxpro. Apple moved to dismiss the complaint in its entirety based on immunity under Noerr-Pennington.

The court held that Apple's conduct relating to the injunctions was immune under Noerr-Pennington. It was persuaded by the 5th Circuit's Coastal States decision, finding that "a party should not be held liable for conduct that would be legal and protected if it was performed in the United States, but is now illegal because it was performed abroad." Id. at *5. Although the Court did not explicitly state a basis for its decision, it stated generally that the doctrine provided immunity as part of the First Amendment right to petition the government, and it quoted language directly from the Coastal States decision that "[t]he Sherman Act, as interpreted by Noerr, simply does not penalize as an antitrust violation the petitioning of a government agency." Luxpro, 2011 WL 1086027, at *3, *5.

A few months later, in In re Transpacific Passenger Air Transp. Antitrust Litig., No. C 07-05634, No. MDL-1913 (N.D. Calif. May 9, 2011), the court considered a group of airlines' collective efforts to obtain foreign government approval of a fuel surcharge. Philippine Airlines moved to dismiss on a number of grounds, including Noerr-Penningtonimmunity. However, the plaintiffs did not expressly argue that the Noerr-Pennington doctrine did not apply to the petitioning of a foreign government, and thus the issue was not considered by the court.

Instead, the plaintiffs contended that the conduct was not protected because collective rate filing was not a petition to the government. The court agreed for several reasons unrelated to the foreign nature of the conduct. Thus, the court did not need to directly address the propriety of petitioning a foreign government based on the facts of the case.

In today's business climate, many corporations operate on an international scale, and they may find it desirable, or perhaps even necessary, to petition a foreign government as part of doing business. However, decisions to do so could have costly implications if they are found to be subject to U.S. antitrust laws, particularly because of the threat of treble damages. Until the Supreme Court speaks directly on the issue, or there is a more rigorous analysis and consensus among the lower courts, it remains uncertain as to whether there is a sound constitutional or statutory basis for applying the Noerr-Pennington doctrine to petitioning foreign governments.

For the full PDF version this article, click here.