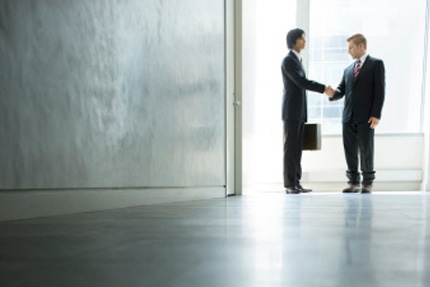 A successful litigant in an arbitration proceeding may be faced with a recalcitrant respondent, unwilling to satisfy the award until it has been confirmed and judgment entered. This process may take months to complete as a motion to confirm winds its way through the court. In the interim, there is a danger that assets available to satisfy the award, once it has been confirmed and judgment entered, may be dissipated.

This article considers the remedies available to the successful arbitration litigant during the period between award and confirmation, and also suggests statutory changes to strengthen the procedure.

As a general proposition the enforcement procedures found in CPLR Article 52 are available only after entry of judgment. An exception, however, is found in CPLR 5229, which provides:

§5229. Enforcement before judgment entered.
In any court, before a judgment is entered, upon motion of the party in whose favor a verdict or decision has been rendered, the trial judge may order examination of the adverse party and order him restrained with the same effect as if a restraining notice had been served upon him after judgment.

In defendants' opposition to the present application, they argue that in Kaminsky and Sequa, where CPLR 5229 [relief] was granted, it was undisputed that the adverse parties were disposing of assets in the form of sales and transfers. Neither these cases, the commentaries, nor the statute itself requires the prevailing party to submit evidence that assets are definitively being disposed of or diverted as a prerequisite to obtaining injunctive relief... A requirement of a showing that the adverse party has already disposed of assets runs counter to the purpose of CPLR 5229, which is a preventative measure designed to frustrate the adverse party from disposing of assets before such disposition takes place.

In a few reported cases where such discretion was exercised the court considered the viability of claims that the defendant was engaging in conduct that would render the judgment eventually entered ineffectual... Such a showing, however, is not necessary in order to obtain the requested relief.

Either way, however, CPLR 5229 appears to provide a methodology for pre-award enforcement. But, is it available in the context of an arbitration award?

The statute applies to "a party in whose favor a verdict or decision has been rendered." Since the CPLR, including Article 52, applies to "civil judicial proceedings" (CPLR 101), the statute does not come into play merely upon rendition of an award. However, once the jurisdiction of the court has been invoked by an application to confirm, the court would have the power to grant relief.

Is an Award a 'Decision'?

More problematic is whether an arbitral award is a "decision."(2) The two cases which have considered this issue have reached opposite conclusions.

Although rarely the subject of reported cases given that a judgment can be entered on a verdict or decision rather quickly, CPLR 5229 is properly invoked where there is some time between a decision and the judgment. Here, Petitioner has obtained a favorable decision from a NASD arbitration panel and there will be some time between the rendering of the July 7, 2003 arbitration award and the entry of judgment on that award. Moreover, there is evidence in the record showing that there is a danger that Kolb and Global Securities will dispose of assets. See Sequa Capital Corp., 921 F.Supp. at 1076. Therefore, Petitioner has satisfied the prerequisite to obtaining a CPLR 5229 restraint. The Court also notes that although technically the CPLR 5229 restraint sought here precedes entry of final judgment, it is in effect a post judgment remedy given the nature of this proceeding. The Court's power to review an arbitration award is severely limited under the Federal Arbitration Act, 9 U.S.C. §1. An award may be vacated only on one of the limited grounds specified in 9 U.S.C. §10... Accordingly, given the nature of this proceeding and given the length of time between the NASD arbitration award and any judgment to be entered in this proceeding, the Court concludes that Petitioner is entitled to the benefit of a CPLR 5229 restraint.

The court equated the NASD Award in that case with the favorable "decision" that would trigger the application of CPLR 5229.

A contrary result had been reached six years earlier in Unex Ltd., 102 Misc.2d 810, 424 N.Y.S.2d 583. The case notes that CPLR 5229 provides an extraordinary remedy and, therefore, the statute should be narrowly construed. The court also focused on the statutory wording that relief could be granted by "the trial judge," who was familiar with the case and could determine whether relief was necessary. Applying this logic, in the context of a motion to confirm, the court noted "it is apparent that this court-totally removed from the underlying arbitration proceeding-is in no way in an analogous position to the Trial Judge..." (102 Misc. 2d at 812, 424 N.Y.S.2d at 585).(4)

Which of these two views would prevail if the issue ever reaches an appellate court is far from predictable. However, as a practical matter, the need for 5229 relief is far more compelling in cases involving the confirmation of arbitration awards than in most other forms of litigation as a result of the delays inherent in the confirmation process; delays not necessarily encountered when a favorable decision or verdict has been rendered and the entry of judgment requires only a ministerial act by the clerk's office.

It also should be noted that CPLR 5229 does not grant the successful litigant (either judicial or arbitral) the ability to serve a restraining notice upon a third party garnishee; a significant enforcement tool. Pursuant to CPLR 5222, only after entry of judgment may a restraining notice be served upon "any person" in order to restrain disposition of property in which the defendant has an interest (Siegel, Commentary C5221:1). Transfers in violation of such a notice constitute contempt and the aggrieved judgment creditor may sue for damages (9B Carmody-Wait 2d, New York Prac. §64:331).

CPLR 5229 should be amended to clarify that it applies to arbitration awards. Given the rarity of an award being set aside, there is little likelihood of causing serious mischief by doing this. Additionally, CPLR 5229 should be expanded to permit service of pre-judgement restraining notices on potential garnishees, in the discretion of the court. The first of these proposals could be judicially adopted by construing the statute; the second clearly requires legislation.

2 It clearly is not a verdict.

4 The Unex decision was not cited in Lowe.