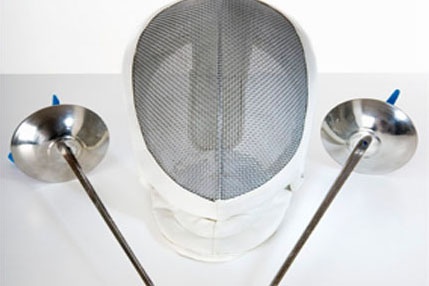 1) Were the whistleblower provisions in Dodd-Frank necessary for investor protection?

Jordan Thomas: Yes. The new whistleblower provisions arose in response to a long series of corporate scandals that defrauded countless investors and were either not detected or not reported to law enforcement authorities - beginning with Enron and continuing through the current economic crisis. The genius of Dodd-Frank is that it recognized that law enforcement authorities cannot effectively and efficiently police the marketplace without the assistance of private individuals and entities.

The reality is that securities fraud schemes are often difficult to detect and prosecute without inside information or assistance from participants in the scheme or their associates. Furthermore, given the extreme fiscal constraints that the SEC operates under and the vast scope and complexity of the markets, products and transactions it regulates, the SEC must increasingly rely upon individuals and entities to report securities violations.

Prior to Dodd-Frank, the protections and incentives were inadequate for individuals to come forward - particularly for those in the financial services industry. Now, whistleblowers from all walks of life are breaking their silence and reporting a wide variety of significant possible securities violations to the SEC.

Jordan Eth: No. Two of most prominent frauds in recent times, the Bernie Madoff Ponzi scheme and the Enron scandal, both had whistleblowers who came forward without government payoffs. Even with solid information from Harry Markopolos that Madoff was operating a Ponzi scheme, the SEC failed to uncover the fraud.

Now, the SEC expects to be flooded with 30,000 tips per year, but nothing has been done to bolster the SEC's effectiveness in investigating those tips. The flood of tips is likely to lead to lots of expensive investigations for companies that are trying to do the right thing. It is not at all clear, however, that it will increase the likelihood that the SEC will prevent the next Madoff from duping investors, as the SEC may face even more difficulty separating the wheat from the chaff.

2) Should the commission have required whistleblowers to report possible securities violations internally before they could become eligible for an award?

JT: No. The SEC struck the right balance by incentivizing, rather than requiring, internal reporting. Requiring anything more would have significantly discouraged employees from coming forward. This approach will also empower compliance professionals and encourage organizations to maintain effective compliance programs that appropriately respond to possible securities violations.

Sadly, studies have shown that employees are the most likely group to detect fraud yet are reluctant to report problems because up to 40 percent of employees doubt their organizations will appropriately act on internal reports of misconduct and protect them from retaliation. Until this real or imagined perception changes, requiring internal reporting would be inconsistent with the SEC's investor protection mission.

Even if an employee chooses to report securities violations directly to the SEC, the result is likely to be the same - the alleged wrongdoing is exposed and can be investigated by the company, the SEC or both. What's important for investors is that possible securities violations are reported.

JE: Yes. The SEC itself has said that "compliance with federal securities laws is promoted when companies have effective programs for identifying, correcting, and self-reporting unlawful conduct by company officers or employees" and that corporate compliance programs play an "important investor protection role."

The new rules, however, create lucrative financial incentives for reporting directly to the SEC and, at the same time, do not require a potential whistleblower to make a report through internal programs to be eligible for a bounty. This combination may have the effect of undermining corporate compliance programs.

Companies will face pressure to investigate these issues quickly, but those internal investigations will be more complicated than ever, given the financial incentives for employees to race to the SEC, instead of cooperating with the internal investigation. Employees have incentives to be first to the SEC and to provide information before the SEC requests it from them individually, which would destroy eligibility for a bounty. Treating public companies like crime families is no way to help them foster cultures of compliance.

3) Should the commission have prohibited or further limited culpable whistleblowers' eligibility for an award?

JT: No. Often, individuals with the greatest ability to help law enforcement authorities have some potential liability. In fact, one would be hard pressed to name many high-profile white collar cases where U.S. Department of Justice didn't rely upon the assistance of insiders with potential liability to successfully investigate and prosecute the case.

Accordingly, the SEC carefully tailored the rules to appropriately incentivize culpable whistleblowers to report securities violations, while preventing culpable whistleblowers from financially benefiting from their own misconduct or misconduct for which they are substantially responsible. Any further restrictions would not have been faithful to Dodd-Frank and would have eliminated the remaining financial incentive for these key players to come forward.

JE: Maybe. On the one hand, the rules do not grant amnesty, and thus culpable whistleblowers are taking a risk that they will be prosecuted or subject to enforcement actions. In addition, being convicted of a crime related to the violation precludes an individual from collecting a bounty. Also, monetary sanctions that are based substantially on conduct that the potential whistleblower directed, planned or initiated do not count toward the $1 million threshold necessary to be eligible for an award.

Thus, to receive a bounty, the culpable whistleblower must provide a tip about the conduct of others that leads to $1 million in sanctions. At the same time, the SEC already provides strong incentives (in the form of its cooperation initiative) for wrongdoers to come forward. Under the new rules, wrongdoers may receive not only leniency, but a chance to turn their knowledge of wrongdoing into cold, hard cash.

4) How will the new whistleblower program change the way the commission conducts investigations and related enforcement actions?

JT: As a result of the whistleblower program, the SEC's ability to detect violations of the federal securities laws will be enhanced, its investigations will be more effective and efficient, and its related enforcement actions will be more successful.

The importance of individuals coming forward, even if done anonymously, cannot be overstated. Similar to the cooperators in the recent Galleon case, whistleblowers can provide law enforcement authorities with early and invaluable assistance in identifying the scope, participants, victims and ill-gotten gains associated with fraudulent schemes.

This program will increase the number and significance of enforcement actions brought by the SEC, along with a corresponding increase in the monetary sanctions recovered for injured investors. Overall, investigations will be more targeted and more likely to be warranted - reducing the costs associated with responding to SEC inquiries. The SEC will also be able to bring more cases against officers, directors and other gatekeepers that have been historically difficult to prosecute without direct evidence.

JE: The new whistleblower regulations will continue a trend toward outsourcing of the SEC's work. The SEC already relies heavily on work performed by defense firms as part of internal investigations, either after the SEC has made an inquiry or based on investigations initiated (and reported to the SEC) by companies themselves.

Now, plaintiffs' firms will play a new role in representing potential whistleblowers, on contingency, to suggest which issues the SEC should investigate. Then, when the SEC receives tips from whistleblowers, it will often "contact a company, describe the nature of the allegations, and give the company an opportunity to investigate the matter, report back," and receive cooperation credit. One group of outside lawyers will tell the SEC what it should investigate, and another group of outside lawyers will often conduct the investigation.

5) How should organizations respond to the new whistleblower rules?

JT: Although this topic warrants a lengthier discussion, here are five things that every organization should consider: (1) Invest in compliance. The best way to ensure that violations are reported internally and addressed appropriately is to regularly review and strengthen these important programs. (2) Establish a culture of integrity. Encourage internal reporting with anti-retaliation assurances, public recognition and financial incentives. (3) Have a game plan. Be prepared to respond to internal reports of misconduct and regulatory inquiries with internal and external resources. (4) Self report. Don't wait to report violations until an investigation is complete, know all the facts, or are confronted by a regulator. Timely self-reporting is appreciated by the SEC and will be rewarded. (5) Communicate more. Too often, companies fail to provide any information to employees about how their concerns were handled. This practice undermines employee confidence in their compliance programs and may lead to unnecessary whistleblower submissions.

JE: Organizations will have to compete with a government that is offering to pay employees to bypass internal compliance programs and to report any possible securities law violations directly to the SEC. To convince employees to report internally, it will be important to find ways to demonstrate that internally raised concerns will be taken seriously - that employees who make internal reports will be listened to and not subject to retaliation.

Companies should cultivate a compliance culture that emphasizes, values and rewards ethical behavior, integrity, and accountability. Companies should publicize their procedures for receiving and investigating reports of possible violations so that employees are aware of how to make reports, including anonymous reports.

In light of the likely increase in enforcement actions and investigations (and the likely parallel increase in private securities litigation), companies should evaluate the adequacy of their insurance coverage, especially giving consideration to whether their policies cover internal, administrative and regulatory investigations, both formal and informal.

6) What do you believe that the long-term impact of the whistleblower regulations will be?

JT: History will show that with respect to the whistleblower provisions of Dodd-Frank, Congress and the SEC got it right. In the coming years, the whistleblower program, in conjunction with the new cooperation program, will strengthen the national securities enforcement program and investor confidence in our markets.

Already, the number and quality of whistleblower submissions has been extremely encouraging. In the future, many of the SEC's most significant cases will be the result of these courageous individuals. Companies and the SEC will receive tips that they would not otherwise have received. As a result, more securities violations will be detected and stopped earlier.

Due to the enhanced protections and incentives provided by Dodd-Frank, potential wrongdoers will be discouraged from engaging in misconduct and companies will be more likely to report significant securities violations because the probability of detection has dramatically increased.

JE: The regulations will likely increase the number of tips and the number of internal and SEC investigations. The SEC estimates that it will receive approximately 30,000 tips per year and that the whistleblower program will lead to a 30-percent increase in the number of actions that recover more than $1 million.