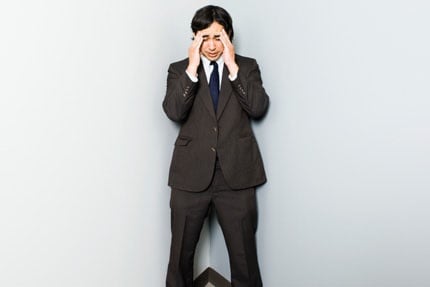 In a fast-paced, risk-filled world, it can be difficult for organizations and their lawyers to look beyond today's immediate challenges and consider the long-term consequences of their legal positions. Short-term thinking can cloud long-term vision. That appears to be happening with respect to the U.S. Securities and Exchange Commission's whistleblower program, as corporate defendants continue to urge courts to limit employment protections for whistleblowers who uncover potential wrongdoing. If accepted, this stance, which is sharply inconsistent with many corporations' prior public positions, may give corporations a short-term tactical advantage, but is likely to prove a major long-term mistake that erodes the hard-won trust between employees and their employers.

The key question is whether the antiretaliation provisions of the SEC whistleblower program, as set forth in the Dodd-Frank Act and related SEC rules, extend to employees who have reported possible securities law violations to their employers but have not blown the whistle to the SEC. This question is at the U.S. Court of Appeals for the Second Circuit in Liu Meng-Lin v. Siemens A.G., involving a plaintiff who claims to have been stripped of job responsibilities after internally reporting his concerns about alleged Foreign Corrupt Practices Act violations. In an amicus brief submitted in February, the SEC urged the Second Circuit to give deference to its interpretation of the term "whistleblower" - articulated in SEC Rule 21F-2(b)(1) - which would protect individuals who report internally in certain circumstances, including when the employer is a public company. If the Second Circuit adopts the SEC's position, as several district courts already have done, that would create a split with the Fifth Circuit, which ruled last July in Asadi v. G.E. Energy (USA) LLC that Congress unambiguously intended "whistleblower" to mean only "individuals who provide information relating to a violation of the securities laws to the SEC." (It's also possible that the Second Circuit will avoid this question entirely and instead decide the appeal only on the related issue of whether Dodd-Frank's employment protections apply to overseas whistleblowers.)

Perhaps not surprisingly, employers including Siemens and G.E., along with members of the employment defense bar, have rallied around the Fifth Circuit's reasoning and seem to be hoping for a similar ruling in Siemens. Although this outcome might help employers avoid unwanted employment claims in the short term, it poses lasting risks for companies and their compliance programs. Indeed, failing to treat internal reporting as protected conduct will compel many sophisticated employees with concerns about possible misconduct to bypass internal reporting mechanisms and go directly to the SEC. After all, an employee who dutifully uses his or her company's internal reporting channels can be demoted or fired without recourse under the Asadi rule, while an employee who immediately blows the whistle to the SEC regarding possible violations is both shielded from retaliation and eligible for a monetary award, all while retaining anonymity. This stark dichotomy seems very likely to cause a decline in internal reporting.

As the U.S. Chamber of Commerce recognized in its public comments, "internal reporting mechanisms are cornerstones of effective compliance policies because they permit companies to discover instances of potential wrongdoing, to investigate underlying facts and to take remedial action," in turn helping to create a strong culture of integrity and deter future misconduct - as well as the hefty SEC sanctions that can flow from such misconduct.

Such internal reporting mechanisms can only fulfill their vital purpose if employees trust employers both to take their concerns seriously and treat them fairly in the process. That trust should not be given away lightly, even if it means corporations have a more difficult time disposing of certain employment cases. Prevailing in an employment retaliation suit may be winning the battle but, to win the war, corporations must create and then protect a culture of integrity in which employees are treated as allies, not foes.