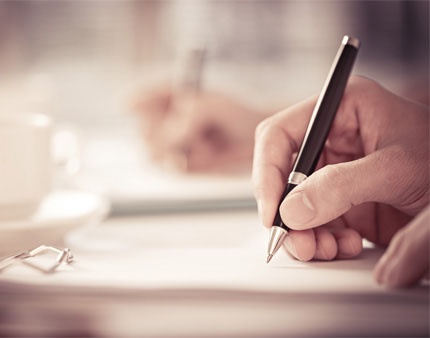 Mandatory Arbitration Provisions: A New Attack on Access to the Courts

Private litigation by institutional investors has always been a crucial complement to regulatory efforts to police the integrity and transparency of the U.S. financial markets. When governmental agencies lack the resources and the political support to aggressively seek out financial fraud, civil suits by institutional investors fill a critical gap in the safety net. To preserve this partnership, the U.S. Securities and Exchange Commission should closely scrutinize efforts by publicly-traded companies to incorporate investor-unfriendly mandatory arbitration provisions in their corporate bylaws.

There can be little doubt about the danger of these provisions, which prevent investors from pursuing recovery on a class-wide basis, thus removing the economic incentive for investors to pursue claims under the federal securities laws. Not surprisingly, these provisions are almost always instituted unilaterally, without consultation with the investors who are the owners of public companies.

Moreover, arbitration is a poor substitute for litigation in the prosecution of securities fraud. Arbitration actions proceed in a private forum in which claims can be adjudicated without regard for precedent, without a formal written ruling, and without the availability of an appeal as recourse for disputed outcomes. Worse, because private arbitrators are often business executives and corporate attorneys, they are frequently an unsympathetic audience for investors.

Corporate advocates for mandatory arbitration have received some recent encouragement from a series of high court decisions rooted in contract law. First, in its 2011 ruling in AT&T Mobility v. Concepcion,(1) the Supreme Court upheld a ban on class actions in the context of a cellular phone contract requiring arbitration. The majority reasoned that the Federal Arbitration Act (the "FAA")(2) required courts to enforce arbitration agreements even if they contain class action waivers that state law considers unconscionable.

The high court expanded on this ruling in June 2013 with its decision in American Express Co. v. Italian Colors Restaurant,(3) which considered federal law claims related to merchant agreements for acceptance of American Express cards as payment. Again citing the FAA, the majority rejected the argument that courts are permitted to invalidate a contractual waiver of class arbitration even when the plaintiff's cost of individually arbitrating a federal statutory claim exceeds the potential recovery.

The increasing acceptance of mandatory arbitration provisions as a matter of contract law, however, does not preclude governmental regulators like the SEC from playing an important gatekeeping function in ensuring that courts and class action protections are not foreclosed to investors. When the Carlyle Group sought to go public in 2012 with a partnership agreement mandating that all limited partners submit claims to binding arbitration, the SEC exercised its authority over the securities registration process to prevent the inclusion of that provision.

The SEC's approach is not at odds with the Supreme Court's rulings. Corporate bylaws for public corporations are vastly dissimilar from the type of contractual agreements enforced by courts under the FAA, not least because they are generally not the product of any negotiation between shareholders and the corporation and can be imposed after shareholders purchase their investments. Some courts have rejected analogies between bylaws and contracts in the context of unilaterally approved forum selection bylaws, citing just such distinctions.(4)

Furthermore, public policy considerations are consistent with the SEC's approach. Provisions in corporate documents that require investors to waive access to a judicial forum for vindication of federal and state law rights without input from investors conflict with the public interest of encouraging participation in the equity markets.

Allowing publicly-listed companies to circumvent the most efficient means-and often the only reasonable means-for injured investors to seek a recovery in the event of fraud will undermine investor confidence in the U.S. markets. The SEC has the power to prevent the destruction of the enforcement mechanism upon which the SEC, and the integrity of the financial markets, depends.

This article was published in the April 2014 edition of The NAPPA Report.