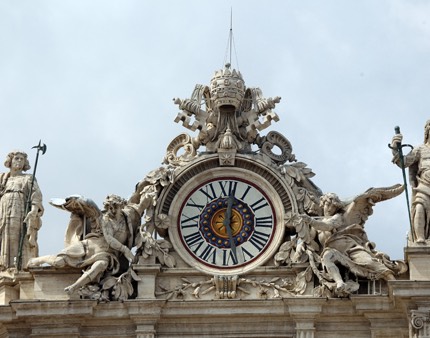 It Ain't Funny How Time Slips Away

Five years ago, Congress enacted the Antitrust Criminal Penalty Enhancement and Reform Act of 2004 ("ACPERA"), part of which offers reduced civil damage exposure to a cartel participant who receives amnesty under the Department of Justice Antitrust Division's ("DOJ") Corporate Leniency Program. Under § 213(a) of ACPERA, the amnesty recipient can limit its civil liability to "the actual damages" sustained by civil plaintiffs which are "attributable to the [the amnesty recipient's] commerce . . . in the goods or services affected by the violation." Thus, this admitted cartel participant avoids not only criminal responsibility, but also both treble damages and joint and several liability in civil litigation.

ACPERA's benefits do not flow simply from the DOJ's amnesty grant. The amnesty recipient must earn them by cooperating with the civil plaintiffs, thus helping develop the damages case against the other cartel members more efficiently. In effect, the statute offers a statutorily-created "first-in discount," available only to the amnesty recipient, not unlike that which plaintiffs' counsel often offer a defendant voluntarily in order to reach an early settlement that includes cooperation against non-settlers.

Congress authorized this reduction in damage exposure in response to the Antitrust Division's concern that treble damages can deter cartel participants from ratting out their co-conspirators, thereby rendering the DOJ's leniency program less effective than it otherwise might be. Although empirical data supporting this assertion was non-existent, DOJ's position could not be dismissed as fanciful either. Reducing the amnesty recipient's civil damage exposure was, therefore, a means both to promote the DOJ's leniency program and to increase compensation to cartel victims through cooperation that would assist in proving the civil case, as well as in reducing costs in the civil litigation.

As enacted in 2004, ACPERA had a five-year sunset provision, with June 22, 2009 as the end date. Although some have questioned the impact of ACPERA's civil damage relief provision, the DOJ and Congress are of the view that the law "bolstered" the leniency program. Congress therefore recently extended the law, albeit only for one year, in order to buy time to "consider potential changes to make it more effective." Accordingly, this is an opportune point to review the law, with particular attention to the timing of the cooperation required to trigger the statute's civil damage relief.

At the outset, a word on terminology is warranted. First, ACPERA refers to its beneficiary as an "antitrust leniency applicant"-a person who has "entered into" a DOJ "antitrust leniency agreement . . . , whether conditional or final . . . ." But the term "applicant" here is something of a misnomer. The DOJ enters a leniency agreement only after the cartel participant has admitted its criminal antitrust violation and disclosed significant information regarding the cartel's illegal activity. The leniency grant is conditioned on, among other things, the recipient's continued cooperation in the criminal investigation and in any ensuing criminal prosecutions. Because the DOJ has sought to revoke a conditional grant only once, ACPERA's beneficiary may fairly be thought of as a leniency "recipient," albeit conditionally so, to reflect the practical reality.

Second, the term "leniency," to describe what DOJ grants, is just lawyer-speak for giving the admitted criminal "perp a pass." I use the term "amnesty" to avoid lingo that sounds more like how we might treat the occasional high-school truant than it does one who has admitted committing a federal felony that inflicts widespread economic injury on American consumers-and, not infrequently, on their counterparts worldwide.