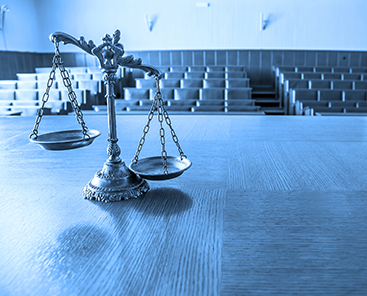 In California Public Employees’ Retirement System v. ANZ Securities Inc., (June 26, 2017), the U.S. Supreme Court determined to create more securities litigation. That may not have been the court’s goal, but it will be the outcome, because ANZ Securities creates more uncertainty for investors seeking to recover losses stemming from violation of the Securities Act, and it will require investors to take more affirmative action earlier in the class action to avoid any risk of filing an individual action that is determined to be untimely.

At issue in ANZ Securities was the application of the limitation periods in Section 13 of the Securities Act to individual actions filed in parallel with class action litigation. Section 13 requires that claims be filed within one year of the discovery of a violation, or after such discovery should have been made using reasonable diligence, and within three years of the subject securities offering. Under prior U.S. Supreme Court precedent, American Pipe & Construction Co. v. Utah, 414 U.S. 538 (1974), the shorter one-year limitation period is “tolled,” or paused, during the pendency of class actions until such a time as the plaintiff is no longer covered by the class definition. While American Pipe has been the law for over 40 years, the Supreme Court had not yet addressed whether the doctrine applied to the longer three-year limitation period — an issue that split lower courts.

In ANZ Securities, the court finally addressed the question in a narrowly divided 5-4 opinion on June 26, 2017, holding that the three-year time limit included in Section 13 of the Securities Act is properly characterized as a “statute of repose” and therefore cannot benefit from equitable tolling under American Pipe. Under the majority’s view, Congress made clear that Section 13 offers defendants “full and final security” from newly filed suits after three years, regardless of any equitable powers that courts ordinarily enjoy, and regardless of the notice defendants receive as to their potential exposure to all members of the potential class upon the filing of the class action. While the court’s tolling analysis applied to a claim brought under Section 11 of the Securities Act, the opinion is likely to be used by defendants to argue that it encompasses other claims with dual limitation periods, including claims brought under Section 10(b) of the Securities Exchange Act of 1934 (the “Exchange Act”).[1]

The ANZ Securities case arose out of the 2008 collapse of the investment bank Lehman Brothers Holdings Inc. Lehman Brothers had raised capital through various public securities offerings in 2007 and 2008, and after the company filed bankruptcy, a class action was filed against the underwriters and various other defendants, alleging that documents filed in connection with the offerings contained material misstatements or omissions giving rise to Section 11 liability under the Securities Act. While the California Public Employees’ Retirement System, or CalPERS, was not one of the named plaintiffs in the class action, it was a passive member of the proposed class by virtue of its purchase of the relevant securities.

In February 2011, while the class action was still pending but more than three years after the securities transactions at issue, CalPERS filed its own separate complaint alleging violations of Section 11 against the same defendants. When the class action reached a proposed settlement, CalPERS opted out to pursue its own recovery. The defendants moved to dismiss the individual suit on the basis that the Section 11 claim was time-barred by the three-year time period set forth in Section 13. CalPERS argued in opposition that the time period was tolled under American Pipe. The district court granted the defendants’ motion, and the Second Circuit affirmed.[2] CalPERS petitioned the U.S. Supreme Court for review, which the court granted on the question of whether the American Pipe doctrine tolls the Securities Act’s three-year limitations period.

In the ANZ Securities opinion, the court held that the three-year time period in Section 13 is a statute of repose and was “enacted to give more explicit and certain protection to defendants,” and given the language of Section 13,[3] Congress clearly intended to insulate defendants from ongoing liability.

The court went on to explain that “[i]n light of the purpose of a statute of repose, the provision is in general not subject to tolling.” Indeed, the only exception to this rule is when a statute of repose provides a “particular indication” that the legislature anticipated the extension of the statutory period under certain circumstances. “The purpose and effect of a statute of repose ... is to override customary tolling rules arising from the equitable powers of courts.”

In holding that the statute of repose in the Securities Act is not subject to equitable tolling, the court declined to extend the holding of American Pipe. In American Pipe, the court had concluded that a statute of limitations was tolled as to all members of the putative class as soon as the class action had been commenced. The ANZ Securities court explained that American Pipe was rooted in “the judicial power to promote equity, rather than to interpret and enforce statutory provisions.” And, because a statute of repose is designed to “grant complete peace to defendants,” the time period “supersedes the application of a tolling rule based in equity.” In short, the court concluded that the Securities Act’s three-year statute of repose is not subject to principles of equitable tolling and affirmed the Second Circuit’s dismissal of CalPERS’ opt out action as untimely.

In a dissenting opinion, Justice Ruth Bader Ginsburg warned that the “harshest consequences [from this decision] will fall on those class members ... who fail to file a protective claim within the repose period.” Justice Ginsburg explained that “those members stand to forfeit their constitutionally shielded right to opt out of the class and thereby control the prosecution of their own claims for damages.”

As Justice Ginsburg recognized, the ANZ Securities decision will necessarily impact the way that investors evaluate whether and when to file individual claims in anticipation of “opting out” of a class action. Historically, investors were able to employ a “wait and see” approach as a securities class action is litigated before deciding whether to opt out. This approach makes sense, as it allowed investors an opportunity to consider whether a class is certified and/or whether their claims are part of the class definition, before considering whether to pursue an individual action. If certification is not granted or their individual losses are not covered, investors must file their own direct action to recover anything at all. However, waiting to see what happens at class certification or settlement is no longer viable after ANZ Securities — there is too great a risk that the applicable repose period will run before these events — and investors will now be forced to consider individual litigation at a very early stage in the class action proceeding.

This risk is not theoretical. Securities class action litigation is complex, highly contested, and often takes years to prosecute. In 2016, the median time from filing to a decision on class certification was approximately 2 1/2 years.[4] Similarly, the median time from filing to settlement was under three years in 2016, but often exceeded three years for more complex class actions that resulted in larger settlements.[5] These larger, more complex cases are also often the ones where more investors have sustained large losses and will consider opting out. Justice Ginsberg focused on this precise issue in her dissent, warning that “[b]ecause critical stages of securities class actions ... often occur years after the filing of a class complaint, the risk is high that class members failing to file a protective claim will be saddled with inadequate representation or an inadequate judgment” should they wait too long to opt out and file their own individual actions. The result will be a rise in protective suits.

We have seen a preview of these effects in the Second Circuit, which declined to extend American Pipe tolling to Section 13’s statute of repose in a 2013 decision commonly referred to as IndyMac.[6] In IndyMac, the Second Circuit held that statutes of repose are not subject to equitable tolling and explained that “judges may not deploy equity to avert the negative effects of statutes of repose.”[7] In the wake of IndyMac, approximately 500 investors filed individual actions alongside the Petrobras[8] class action to preserve claims prior to the expiration of the limitations period.[9] After ANZ Securities, this rise in parallel individual suits is now poised to go national.

The result will be more costly litigation for all parties, overburdened courts and inefficiencies that could be avoided if investors were able to wait until later stages of class action litigation before deciding whether to pursue an individual action. For these reasons, securities defendants may come to regret the ANZ Securities opinion, though it may feel like a victory today. Indeed, in addition to increased legal fees and costs, defendants may face increased payouts — individual actions filed alongside class actions afford investors an opportunity to add advantageous claims not available to class members, or to tailor their pleadings in a way that can maximize their recovery over and above what they would have been able to recover in the class settlement.

Defendants may also be disappointed in the limited nature of the holding. Some have already suggested the ANZ Securities opinion can be used to challenge class certification that occurs after the repose period runs. The argument would be that the unnamed class members were not part of the action prior to certification and therefore the ANZ Securities decision bars claims by passive class members’ post-repose period.

This argument reflects a misreading of ANZ Securities, and we expect courts will reject it as such. ANZ Securities should not be seen as generally foreclosing class certification after the repose period has run. A key distinction in the opinion is between “actions” and “claims.” CalPERS had argued that the filing of a class action triggered the limitation periods for subsequent actions filed by putative class members, and so its individual action was timely. The court rejected this argument, noting that the plain language of Section 13 was concerned only with new “actions,” not with claims. The court’s textualism cuts both ways here: Once a putative class action has been filed within the statute of repose, Section 13 has been satisfied as to the entirety of that action. There is simply no justification for applying separate time limits to events within that action.

These issues will undoubtedly be addressed by the courts in due time. For now, investors must re-evaluate their approach to loss recovery in light of ANZ Securities. This means taking a more active approach to monitoring their exposure and evaluating whether to pursue an individual action alongside a class action earlier in the process in order to preserve or maximize any recovery.

Serena P. Hallowell is a partner and Brian Morrison and Thomas W. Watson are associates in the New York office of Labaton Sucharow LLP. The opinions expressed are those of the author(s) and do not necessarily reflect the views of the firm, its clients, or Portfolio Media Inc., or any of its or their respective affiliates. This article is for general information purposes and is not intended to be and should not be taken as legal advice.

[3] “In no event shall any such action be brought ... more than three years after the security was bona fide offered to the public.”