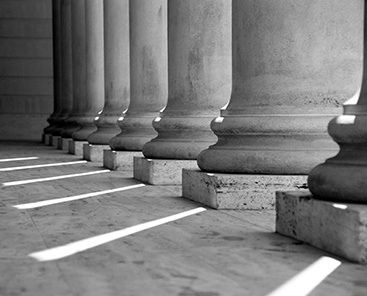 Q: What strategies should class counsel consider when seeking court approval of a class action settlement?
A: Class counsel entering the settlement approval process should know their “hook,” meaning a headline-level explanation of why a proposed settlement is fair. The hook should focus on two or three essential reasons, specific to the facts and circumstances of the case, why the settlement is fair, reasonable, and adequate in light of the risks, costs, and duration of continued litigation. For example:

Class counsel should try to avoid generic reasons like “class action litigation is complex and unpredictable.” Having a clear, persuasive hook will be invaluable when preparing written submissions in support of the settlement, responding to any objections, and arguing why the settlement should be approved.

Q: What strategies should class counsel consider when seeking an award of attorneys’ fees?
A: In addition to researching the law governing fee awards in the relevant jurisdiction (generally, federal circuit or state appellate district law), class counsel should research the fee award decisions of the particular judge in previous class actions. Because fee awards are committed to the court’s discretion, many judges have their own consistently and sincerely held views on fee awards, and will be skeptical of class counsel who seek fees that are higher than those the judge has previously awarded. If counsel have legitimate reasons to seek a materially greater fee, they should be prepared to explain why:

The fee petition should not solely or even principally rely on the fees historically awarded by the particular judge, however. Rather, the submissions should show, to the extent possible, that the requested fee falls within the range of fees awarded in similar cases by other courts, both:

A small number of class counsel have espoused a strategy of seeking fees at the outer limits of reasonableness, on the theory that the court will never award more and can always award less. This “you don’t ask, you don’t get” approach tends to draw objections and backfire with the court, and reflects badly on class counsel generally. Reasonableness is the watchword not only for courts in determining an appropriate fee award, but also for class counsel in preparing an appropriate fee petition.

Q: What factors should class counsel consider when choosing appropriate cy pres distributees?
A: Cy pres is an equitable doctrine named from the Norman French expression cy pres comme possible, or “as near as possible.” The doctrine originated in trusts and estates law as a way to carry out a testator’s intent in making charitable gifts. In class action settlements, the cy pres doctrine permits the court to distribute unclaimed or non-distributable portions of a class settlement fund to the “next best” set of beneficiaries for the indirect benefit of the class (see In re Google Referrer Header Privacy Litig., 869 F.3d 737, 741 (9th Cir. 2017)).

Cy pres awards generally must satisfy a “nexus” requirement, showing that the award serves the objectives of the underlying statute, that is, the claims or rights vindicated by the settlement, and the interests of the absent class members. Class counsel should select charitable, not-for-profit distributees whose missions and programs are aligned with the objectives of the statute invoked by the litigation and which further the interests of the class members. While a prior relationship or affiliation between any party or its counsel and a distributee is not automatically disqualifying, class counsel can expect courts to inquire into the circumstances of the relationship or affiliation to ensure that the distributee was selected on the merits.

The amendments mainly address settlement issues. FRCP 23(c)(2)(B), as amended, simply endorses the longstanding practice of sending a combined notice of class certification for settlement purposes and a proposed settlement. Significantly, this provision also expressly recognizes alternative methods of communicating with class members by clarifying that instead of or in addition to U.S. mail, the best practicable notice may be provided by “electronic means, or other appropriate means.” In certain cases, these alternative methods may be more reliable, faster, and less costly than mail.

FRCP 23(e)(1)(B), as amended, codifies a standard for courts to follow in deciding whether to grant preliminary approval of a settlement and direct that notice be given to the class. The parties must show that the court will “likely be able to” approve the settlement and certify the class for settlement purposes. This standard does not appear materially different than whether the settlement falls within the “range of reasonableness,” which is the standard that generally has been applied at the preliminary approval stage. Class counsel should note that a settlement class is subject to the same class certification prerequisites as a litigation class, with the exception of manageability of the proceedings (see Amchem Prods., Inc. v. Windsor, 521 U.S. 591, 620 (1997)).

FRCP 23(e)(2), as amended, lists a focused set of factors for courts to consider in assessing whether a proposed settlement is fair, reasonable, and adequate. These factors, which are intended to replace the varying lists of factors articulated by the courts of appeals, are familiar except that the following now appear relevant to the adequacy of the settlement relief:

Courts have consistently analyzed distribution methods, attorneys’ fees, and allocation issues separately from the fairness, adequacy, and reasonableness of the settlement itself. If a proposed settlement is fair but the court is dissatisfied with the method of distributing relief, the amount of the requested attorneys’ fees, or the plan of allocation, the court can readily approve the settlement but award a lesser fee, approve an amended plan of allocation, or issue directives regarding distribution. This longstanding, accepted practice allows courts to avoid throwing out fair, valuable settlements and returning the parties to litigation over ancillary concerns, and class action settlement agreements overwhelmingly reflect this practice. Class counsel should argue that amended FRCP 23(e)(2) be interpreted accordingly. Having the approval of class action settlements rise and fall on any of these three additional factors puts approval of settlements at risk and benefits no one, including defendants or the courts.

Finally, amended FRCP 23(e)(5) concerns objections by class members to proposed settlements. The amendment removes the requirement for court approval of any withdrawal of an objection. Therefore, if class counsel convinces an objector that the objection is without merit or is otherwise improper and should be withdrawn, no court approval is needed for withdrawal. Further, the amendment provides that unless approved by the court after a hearing, no payment or other consideration may be provided in connection with forgoing or withdrawing either an objection or an appeal from a judgment approving a settlement. These measures will have a positive impact on class action practice by addressing the problem of bad-faith, opportunistic objectors who seek to extract payments from class counsel rather than legitimately assist the court in evaluating a settlement.

Q: Apart from settlement-related concerns, a broader issue currently facing class counsel is the Fairness in Class Action Litigation Act of 2017 (FCALA). What impact do you expect FCALA, if enacted, to have on class action practice for plaintiffs?
A: FCALA would significantly curtail plaintiffs’ ability to bring and maintain class actions. Among its litany of changes, the bill would:

Therefore, FCALA would make it harder for plaintiffs to obtain class certification by imposing restrictions on who can represent the class (a provision that could be subject to constitutional challenge), codifying a new typicality requirement associated with damages, and encouraging defendants to routinely appeal class certification orders. The bill would also enable defendants to delay proceedings by filing motions to stay discovery for extended periods even after a complaint has been found to state a claim.

Moreover, FCALA would expressly apply to all class actions that are pending as of the date of enactment. The bill’s retroactive effect raises a number of troubling questions, such as whether a district court would be obligated to revisit class certification or other matters, or whether a court of appeals would have to entertain a class certification appeal that it had previously declined to hear.

Q: What other key issues are on the horizon for class counsel?
A: One key issue is the impact of the Supreme Court’s recent decision in California Public Employees’ Retirement System v. ANZ Securities, Inc. (CalPERS), which held that the three-year time bar for claims brought under Section 11 of the Securities Act of 1933 (15 U.S.C. § 77k) is a statute of repose, not a statute of limitations (137 S. Ct. 2042, 2029-52 (2017)). Accordingly, the three-year period is not subject to the tolling rule that had generally been applied in class actions under the Supreme Court’s decision in American Pipe & Construction Co. v. Utah.

Following CalPERS, class members that may wish to opt out and bring an individual Section 11 claim must file their claim within three years of the securities offering at issue, irrespective of the timing of class certification or a settlement. Although CalPERS concerned Securities Act claims, class counsel should assume that the five-year time bar for claims brought under Section 10(b) of the Securities Exchange Act of 1934 (15 U.S.C. § 78(j)(b)) also will not be subject to American Pipe tolling.

Additionally, after CalPERS, plaintiffs’ filing of protective complaints to preserve their ability to opt out could impact the settlement value of class actions. Where these complaints are filed before the parties discuss settlement, defendants can be expected to contend that those plaintiffs have effectively opted out of the class and must be excluded from any damage calculations.
CalPERS also suggests a tension between:

Class counsel may wish to seek certification early enough to assure that the latter disclosures can be included in the notice. If that is not practicable, a standalone notice informing class members of the expiration of the repose period may be needed. To save costs, courts should consider streamlined methods of providing this notice, as contemplated by amended FRCP 23(c)(2)(B). Courts should also consider directing defendants to share those costs, perhaps in view of whether preclass certification proceedings have been unreasonably delayed.

Apart from settlement-related issues, Cyan, Inc. v. Beaver County Employees Retirement Fund presents the interesting question of whether state courts lack jurisdiction over class action claims brought under the Securities Act. The case was argued in the Supreme Court on November 28, 2017 (No. 15-1439 (U.S.)).

The question in Cyan is whether the jurisdictional provisions of SLUSA were intended to strip state courts of concurrent jurisdiction over lawsuits that assert only Securities Act claims. This question raises issues of not only statutory interpretation but also federalism — namely, the deeply rooted presumption in favor of concurrent state court jurisdiction. Given the number of Securities Act lawsuits that have been filed in state court in recent years, the Supreme Court’s decision will have a significant impact on future securities litigation.