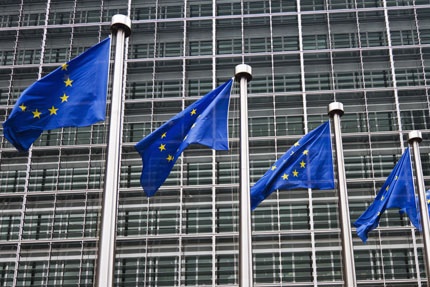 On June 11, 2013, the E.C. took another big step in its ongoing effort to make it easier for victims of antitrust violations in the European Union to seek damages for their injuries.

On June 11, 2013, the European Commission (E.C.) took another big step in its ongoing effort to make it easier for victims of antitrust violations in the European Union to seek damages for their injuries. It proposed legislation intended to remove obstacles and legal uncertainty in actions for damages under competition laws adjudicated in the national courts in E.U. member states. See Commission Proposal for a Directive of the European Parliament and of the Council on Certain Rules Governing Actions for Damages Under National Law for Infringement of the Competition Law Provisions of the Member States and of the European Union.

One reason for the directive was the following statistic: During the past seven years, victims of antitrust violations in the European Union sought compensation in private actions in only 25 percent of the cases in which the E.C. found infringements of competition laws. The directive is intended to improve that number, as well as to harmonize the national rules in E.U. member states affecting the ability of a victim to obtain compensation, as the E.C. found that such rules diverged widely from member state to member state.

It has been a long road leading to this proposed legislation. In 2005, the E.C. issued a "green paper" that identified the main obstacles for bringing damages claims in the European Union for violations of competition laws and suggested remedial options for facilitating such actions. See Commission Green Paper on Damages Actions for Breach of the EC Antitrust Rules, COM (2005) 672 (Dec. 19, 2005).

This was followed by a "white paper" in 2008 that offered concrete policy measures to ensure the ability of victims to be compensated for antitrust law violations. See Commission White Paper on Damages Actions for Breach of the EC Antitrust Rules, COM (2013) 165 (April. 2, 2008).

Public comments were solicited after each paper was issued and hearings were held at various times in the process. The result of these extensive efforts is the directive. In addition, the E.C. issued recommendations on collective redress and guidance on quantifying damages. Both are meant to further private damages actions for competition law violations.

The directive has two main objectives: to optimize the interaction between public and private enforcement of E.U. competition rules; and to ensure that injured parties can effectively exercise their claims for damages. Directive at 2-3. Towards those ends, the directive provides for a number of measures intended to enhance private enforcement of antitrust violations, including making access to evidence easier; providing probative effect to national decisions; unifying rules on limitation periods and tolling; clarifying rules on joint and several liability; recognizing and defining the "pass-on" defense; and creating a rebuttable presumption of harm.