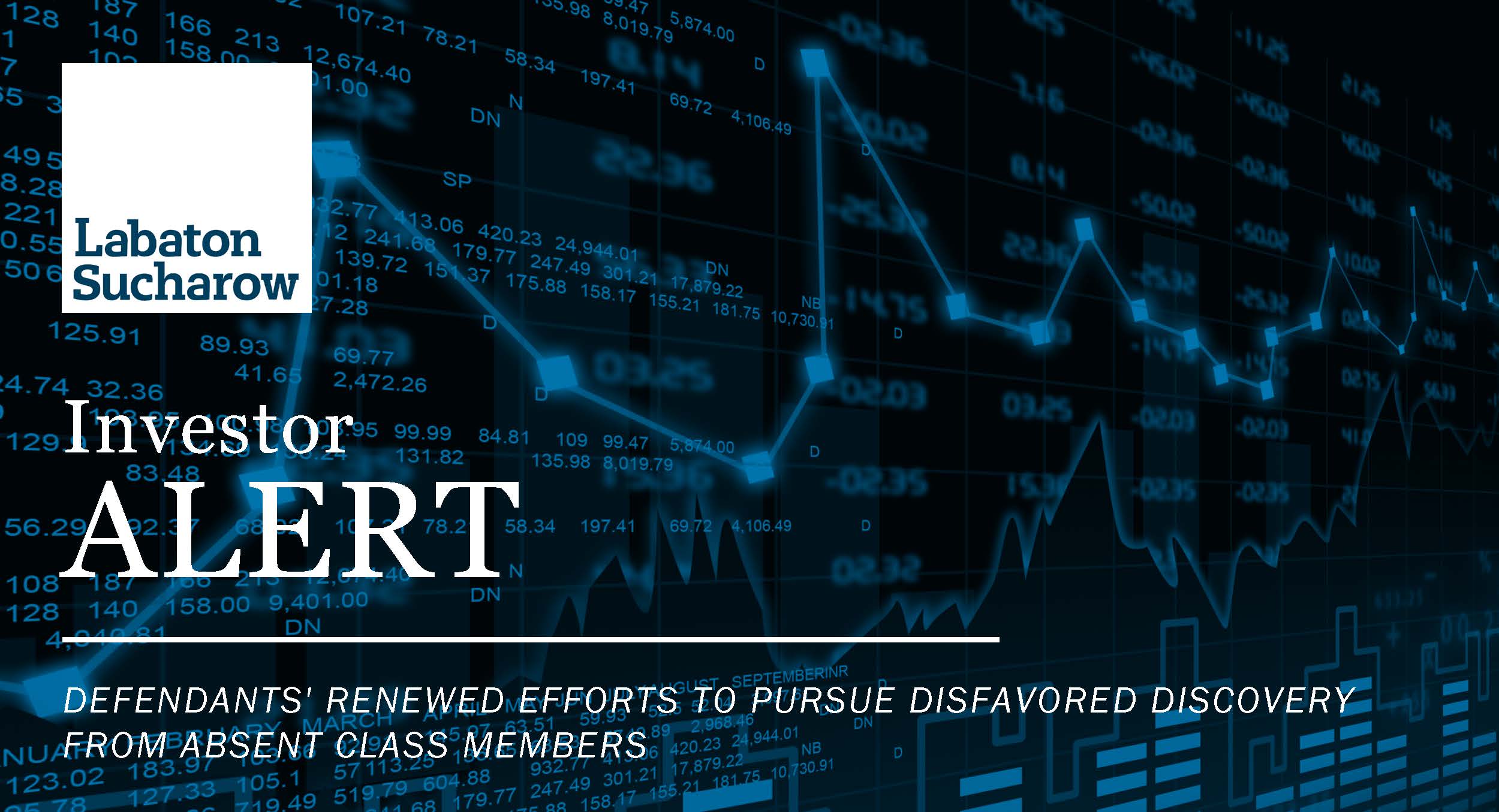 Clark v. Universal Builders, Inc. is a seminal case often cited by courts as the starting point to the analysis of whether to permit discovery from absent class members.6 In Clark, the Seventh Circuit Court of Appeals overturned the district court’s order “dismissing with prejudice class members who failed to answer interrogatories or appear for depositions.”7 The Seventh Circuit had previously held in Brennan that in “appropriate circumstances” discovery may be sought from absent class members “on a showing that the information requested is necessary to trial preparation and that the [discovery] is not designed ‘as a tactic to take undue advantage of the class members or as a stratagem to reduce the number of claimants[,]’” but the “party seeking discovery has the burden of demonstrating its merits.”8 Given its prior holding in Brennan, the Seventh Circuit found that the district court failed to consider whether the information sought from the absent class members was: (1) necessary; or (2) designed to reduce class size.9 Moreover, the Seventh Circuit found that the discovery: (3) would have required technical and legal assistance and advice in understanding and formulating responses; (4) sought information that could be proved through other means (e.g., expert testimony); and (5) sought information already known to the defendants.10

The “injection” inquiry provides a good starting point for this analysis. But what level of injection is needed? Case law in this area is varied and fact-specific; however, most, if not all, the cases turn on whether the absent class member is participating in a substantive way in the litigation.13 In other words, the key question courts ask is whether the absent class member supported the plaintiff in prosecuting any of the substantive allegations or theories of liability in the case. Common examples seen in the case law include absent class members previously, although no longer serving as a named plaintiff, filing declarations in support of class certification, or participating or even being identified as witnesses.14 If the court does find the prerequisite injection, then the court must apply jurisdiction-specific factors that help determine the permissibility of discovery from the absent class member.

In recognition of the general prohibition against absent class member discovery, courts have created various factors to determine when the rare exception of absent class member discovery may be allowed that, in many ways, mimic Clark. Interestingly, there are no uniform factors to consider as neither the U.S. Supreme Court nor most Circuit Courts of Appeals have provided guidance on this issue.15 However, most courts apply similar tests with slight differences in the factors that are considered and applied.

Some courts have tried to find a common denominator among the cases, pointing to the fact that various tests turn on whether the proponent can make a showing that the discovery from absent class members is necessary, not burdensome, and for a proper purpose.20 Until the U.S. Supreme Court addresses the issue directly, creating uniformity in the test, it would be prudent to assume that a court may consider all the factors described above.

Counsel for investors should be aware of the potential for absent class member discovery when advising their clients. To avoid a situation where an investor may be subject to such discovery, and consequently the costs associated with non-party discovery, it is important to guide clients in situations where their substantive participation in a case may be construed as injection.

The following are a few examples of pitfalls absent class members can avoid to limit the potential for a court finding the necessary level of injection:

Lead Plaintiffs should also be careful in drafting their Rule 26 initial disclosures and otherwise during the action to avoid referencing absent class members unless their testimony is needed.24

3Brennan v. Midwestern United Life Ins. Co., 450 F.2d 999, 1004-1005 (7th Cir. 1971) (“We do not believe there is any real inconsistency between Rule 23's general policy of permitting absent class members to remain outside the principal action and our holding that in appropriate cases absent class members may be required to submit to discovery. It is true that an absent class member is given a ‘free ride’ under Rule 23 and has no duty to actively engage in the prosecution of the action. Yet the absent class member’s interests are identical with those of the named plaintiff and his rights and liabilities are adjudicated in the principal suit. If discovery from the absent member is necessary or helpful to the proper presentation and correct adjudication of the principal suit, we see no reason why it should not be allowed so long as adequate precautionary measures are taken to insure [sic] that the absent member is not misled or confused. While absent class members should not be required to submit to discovery as a matter of course, if the trial judge determines that justice to all parties requires that absent parties furnish certain information, we believe that he has the power to authorize the use of the Rules 33 and 34 discovery procedures”).

5See, e.g., McPhail v. First Command Fin. Planning, Inc., 251 F.R.D. 514, 517 (S.D. Cal. 2008) (“Importantly, a defendant who propounds discovery upon absent class members requires those members to take some affirmative action to remain in the class, ‘effectively creating an “opt in” requirement which is inconsistent with the “opt out” provisions of Rule 23.’ . . . Thus, allowing defendants to subject absent class members to discovery may defeat the purpose of certifying the class in the first place”) (quoting On the House of Syndication, Inc. v. Fed. Express Corp., 203 F.R.D. 452, 456 (S.D. Cal. 2001)); In re Publ’n Paper Antitr. Litig., 2005 WL 1629633, at *1 (D. Conn. July 5, 2005) (permitting absent class member discovery “runs contrary to the general intention of Rule 23 to allow unnamed class members to remain passive, [so] courts that have allowed that discovery have required the defendant to (1) make a strong showing of the need for the particular discovery and (2) narrowly tailor its requests to its particular need, so as not to burden the absent members”) (citations omitted); Adkins v. Mid-Am. Growers, Inc., 141 F.R.D. 466, 468 (N.D. Ill. 1992) (“Whether prior to class certification or after, discovery, except in the rarest of cases, should be conducted on a class wide level. . . . [I]f joinder of all parties is impracticable, propounding discovery like interrogatories, depositions, and requests to produce on an individual basis is even more impracticable”); see also Petrobras, 2016 WL 10353228 at *1 (“[T]he practical effect of defendants’ [discovery propounded on absent class members] would be the alteration of the Classes from opt-out classes to opt-in classes”) (citation and internal quotation marks omitted).

15But see Clark, 501 F.2d at 340, discussed supra; Cox v. Am. Cast Iron Pipe Co., 784 F.2d 1546, 1556-57 (11th Cir. 1986) (“We cannot conclude that the interrogatories served upon [absent class member] plaintiffs in this case would satisfy Brennan and Clark, were we to follow those rulings. We are indeed convinced that these interrogatories were improperly used as a strategy to reduce class size”); In re Modafinil Antitr. Litig., 837 F.3d 238, at 256, n.17 (3d Cir. 2016) (“Defendants claim that a request for discovery of unnamed class members would have been futile because it is highly circumscribed[,]” but “this is merely a heightened standard. . . . Reasonable discovery . . . should be permitted from unnamed class members when the special circumstances of the case justify it”) (citation and internal quotation marks omitted); In re Porsche Automobil Holding SE, 985 F.3d 115, 121 (1st Cir. 2021) (“[C]ourts that allow discovery from absent class members . . . have allowed such discovery only after considering multiple factors, including whether the defendant has a good faith purpose and whether the request is unduly burdensome”) (citations omitted).

20Aldapa, 2019 WL 1047492 at *3-6 (analyzing Clark, McPhail, Arredondo, and Tierno and concluding that the test in Arredondo encompasses all other factors considered).