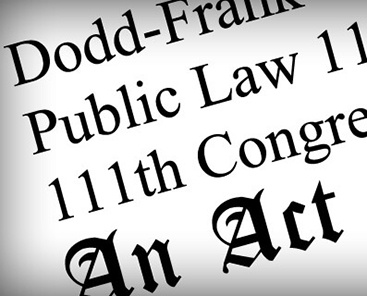 Jordan A. Thomas shares the successes and future of Dodd-Frank in celebration of its seventh anniversary

On July 21, 2010, President Barack Obama signed into law the Dodd-Frank Wall Street Reform and Consumer Protection Act. Seven years is prophetic in import and impact. Heck, it's biblical. From Genesis right on through Deuteronomy, we can read about seven years of famine, seven years of plenty, seven years of fire, having to cancel all debts after seven years, seven years until Armageddon....

Maybe that last one is prescient. Today, seven years into Dodd-Frank, repeal is on the table. Even Barney Frank has acknowledged some weak spots in the legislation. But there was more to the 2,000 plus pages than onerous reporting requirements and liquidity standards. In response to the serial misconduct in the financial marketplace, Dodd-Frank charged the SEC with the creation of a revolutionary program to provide meaningful protections and financial incentives to whistleblowers. I was privileged to serve as one of the principal architects of that program during my tenure at the Commission. In its formation and now its fruition, it has proven to be one of the greatest public-private partnerships in American history.

We don't say this often, and we haven't heard it lately, but with the SEC Whistleblower Program, the United States government got it right. Really right.

Success by the Numbers

The reach of the SEC whistleblower program is significant: Since its launch, submissions have been received from all 50 states and over 100 countries. Taking on goliath financial institutions and seemingly untouchable corporations with intelligence from whistleblowers, the SEC has already levied sanctions of more than $1 billion—the majority of which has been returned to injured investors. And the tips keep coming.

Not only has the number of tips soared year over year, SEC leadership has consistently praised their high quality. Former SEC Chair Mary Jo White called the program a "game changer" and Andrew Ceresney, the former Director of Enforcement, has described the program as a powerful tool for "the detection of illegal conduct and moving investigations forward quicker and through the use of fewer resources."

Perhaps equally compelling is the award activity—more than $150 million paid to date—which is astonishing in light of the fact that this is a new program and SEC investigations take two to four years to complete. Anyone who thinks the pace of awards signals a weak program ought to think again. The number and size of enforcement actions initiated by whistleblowers will continue to grow as awareness of the program increases and the cases in the enforcement pipeline mature.

Early on, opponents of the program heralded the death to corporate compliance. By incentivizing the reporting of misconduct, naysayers argued, SEC whistleblowers would bypass internal reporting systems leaving companies at a disadvantage to detect and cure wrongdoing. They argued that the Commission should, at a minimum, require whistleblowers to report possible securities violations internally to be eligible for a monetary award.

The SEC refused to do so. In the program rules, the Commission struck the right balance by incentivizing, rather than requiring, internal reporting by whistleblowers. History proved the wisdom of this position. According to the SEC's most recent annual report to Congress, some 80 percent of whistleblowers were current or former employees of the organization at issue and raised their concerns internally or understood that the entity was already aware of the misconduct before turning to the SEC.

A Boost to Compliance

Contrary to Corporate America's initial concerns, the program has actually strengthened, not weakened, compliance and integrity programs in a number of important ways. First, after the establishment of the program, many companies invested more time and resources in strengthening their internal reporting and compliance programs—to encourage their employees to report internally, rather than externally. Second, attorneys, accountants, compliance professionals and other gatekeepers are meaningfully empowered because they can now argue that failure to do the right thing or invest more in the company's compliance and integrity systems will likely result in external reporting. Third, with the help of whistleblowers, SEC investigations commence in a far more targeted and informed manner—reducing the time and costs associated with responding to such inquiries.

Taking on an 'Omerta' Culture

Not all employers play nicely. The proliferation of secrecy agreements that bar employees from reporting misconduct to the government is perhaps one of the more nefarious workplace developments of recent years. In a 2015 study of financial services professionals we conducted with the University of Notre Dame, a full 25 percent of respondents earning $500,000 or more annually reported they have signed or have been asked to sign an agreement that prohibits reporting potentially illegal or unethical activities directly to law enforcement.

Here, too, the SEC whistleblower program has served up a sobering tonic to such assaults on American values. Without a doubt, one of the program's key accomplishments has been to affirm an individual's unwaivable right to engage with law enforcement. To date, the agency has brought nine enforcement actions involving improper efforts by employers to restrict whistleblowers.

The program has also taken aim at workplace retaliation, which is a scourge on corporate culture and democracy itself. With its new enforcement authority established by Dodd-Frank, the SEC has already brought three enforcement actions arising out of retaliation against a whistleblower. Interestingly, in one such action announced last year, the entity was sanctioned for retaliation even though the Commission found no underlying securities violation.

Having worked in the trenches prosecuting wrongdoing at the SEC and DOJ, I know firsthand how desperately law enforcement needs insiders to provide early, actionable intelligence. To get this information, we need to continue to incentivize and protect courageous witnesses. The whistleblower program the SEC has established under Dodd-Frank does this. And then some. And it does so in spite of constant budgetary restraints that pinch staffing; and it pays awards through a replenishing fund that does not dip into taxpayers' pockets. Ultimate economy, doing ultimate good.

Would it be nice to expedite the pace of whistleblower award payments? Of course. There is no doubt that the length of time the SEC takes to pay a whistleblower claim can discourage whistleblowers, particularly those who have suffered retaliatory termination and face dire financial circumstances. As the program becomes more established, we are hopeful that it will become more efficient in this critical area.

For now, when our public institutions face unprecedented challenges, we can all take pride in this shining example of what is possible when citizens and their government band together to clean up the street. These successful partnerships uphold the finest elements of a thriving American democracy.

For the full PDF of this article, click here.