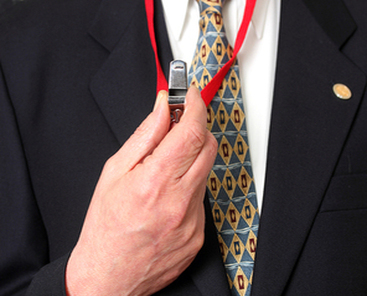 415 Million Reasons Why It’s Time to Hug a Whistleblower

For its fifth year anniversary, we examine the significant rise of the U.S. SEC whistleblower program and its impact on recent rulings for whistleblowers.

As we approach the fifth anniversary of the adoption of the U.S. Securities and Exchange Commission Whistleblower Program rules, we are finally seeing the new enforcement paradigm come to fruition. To date, the program has enjoyed steady growth. Looking merely at submissions, in its fiscal 2015 report to Congress, the Office of the Whistleblower revealed that it had received nearly 4,000 tips during the year, a 30 percent increase since 2012. While the numbers have been consistently positive since the program’s inception, we’re now seeing an altogether different kind of momentum. In late June, as a result of multiple whistleblowers, Merrill Lynch agreed to a landmark settlement with the SEC totaling a jaw-dropping $415 million.

Make no mistake, a quiet revolution is underway in securities enforcement and it is being led by courageous whistleblowers. It’s high time we thank them.

Naturally, as awareness of the program grows, tips will follow suit. Not only is this playing out in volume, but also in geographic reach. Tips originate from every state in the union and, last year alone, 61 foreign countries. Of particular interest is the fact that whistleblowers aren’t just emerging from the rank-and-file, but from high-level insiders. In fact, just last year, the SEC announced its first award to a former company officer. Without the ability to report anonymously, which greatly minimizes the risk of retaliation and blacklisting, my client would never have come forward. (Contrary to popular belief, officers, directors, attorneys, accountants and other gatekeepers are eligible to participate in the program but they must satisfy special requirements to receive a monetary award).

Large monetary awards will feed the momentum. Since the establishment of the SEC Whistleblower Program, approximately $85 million has been awarded to 32 whistleblowers. Remarkably, since May, the commission has announced $26 million in whistleblower awards — almost one-third of the total bounties issued, including more than $17 million awarded to a whistleblower client in June. Most important, and satisfying the commission’s earnest intentions in crafting the program, whistleblower submissions are driving cases that are striking in their quality, significance and scope.

In the action against Merrill Lynch, for example, my whistleblower clients reported and the SEC found that over years, the company misused, mishandled and inappropriately put at risk tens of billions in customer funds. And, late last year, another whistleblower client tipped the SEC to a number of long-running violations at JPMorgan that involved billions of dollars and impacted tens of thousands of bank clients. The ensuing enforcement action led to $307 million in sanctions by the SEC and CFTC. Cases of this magnitude — amounting to nearly three-quarters of a billion dollars in sanctions — simply couldn’t be built without the assistance of knowledgeable insiders.

The Far-Reaching Benefits of the Empowered Whistleblower

Where the mercenary’s focus comes at the expense of ethics, whistleblowing fosters ethics — not by accident, but by design. To be sure, with the SEC’s established track record of protecting and incentivizing knowledgeable individuals to report wrongdoing, the presence of the noble actor inspires a culture of compliance. This is good for whistleblowers, yes, but also corporate entities and the public at large.

From the earliest days of the program’s development, naysayers argued that the SEC whistleblower regime would undermine corporate compliance efforts by encouraging individuals to jettison any semblance of employment loyalty by marching straight to the SEC to report wrongdoing. This red herring ignores two compelling facts: not only does the SEC have built-in provisions to encourage direct reporting to employers, but most employees are loyalists by nature and report internally anyway. In its National Business Ethics Survey, the Ethics and Compliance Initiative found that 92 percent of whistleblowers actually reported misconduct internally first. In my practice, I have consistently found that only after they were ignored or retaliated against do whistleblowers opt to bring concerns outside of their organizations.

In fact, rather than taking proven steps to encourage internal reporting, too many companies have developed corporate atmospheres that actually discourage the reporting of misconduct. The same ECI survey found that more than one in five respondents said they experienced retaliation after reporting internally. Among those employees surveyed who witnessed but did not report misconduct, 34 percent said they declined to report because they feared retaliation from firm leadership.

In the age of the whistleblower, this is an untenable reality. In fact, two years ago, in its highly publicized case against hedge fund Paradigm Capital Management, the SEC first exercised its authority under Dodd-Frank to bring enforcement actions based on retaliation against whistleblowers. Longtime head of the SEC Office of the Whistleblower, Sean McKessey, remarked that “for whistleblowers to come forward, they must feel assured that they’re protected from retaliation and the law is on their side should it occur ... we will continue to exercise our anti-retaliation authority in these and other types of situations where a whistleblower is wrongfully targeted for doing the right thing ...” In that case, my client had the courage to come forward because of unique protections offered by the SEC Whistleblower Program and other potential whistleblowers have been emboldened by the commission’s demonstrated commitment to protecting them.

Survival of the Ethically Fit

Just as the SEC has harnessed the power of insiders as a potent law enforcement tool, companies can and should utilize those same insiders to better protect their organizations, and the industry overall, from the ravaging effects of corporate wrongdoing.

Indeed, with the increasing volume and size of SEC enforcement actions, and the heightened probability of fraud detection, legal and compliance officers — often straddled with lean budgets and looming expectations — now have a compelling argument for increased resources and organizational support to create ethical cultures and bullet-proof compliance programs. Practically, this requires organizations to develop a clear plan of action in which suspicions are thoroughly investigated and confirmed misconduct leads to consistent consequences.

The substantial benefits of robust compliance programs are numerous. Beyond establishing a climate where employees feel valued and protected, elaborate schemes will be detected and shut down earlier. Most important, in the event that an employer discovers misconduct, it has the opportunity to self-report this finding to the commission under the cooperation program, which provides substantial benefits to companies that detect and appropriately respond to securities violations identified in the course of business.

Despite the costs of alienating responsible employees and allowing greed to corrupt ethical culture, some companies will ignore this evidence and actively develop new methods to subvert law enforcement. One particularly egregious tactic is the alarming use of confidentiality agreements to prevent employees from reporting misconduct to the authorities. A recent survey of U.S. and U.K. financial services professionals found that 25 percent of respondents earning more than $500,000 annually had been asked to sign a confidentiality agreement that would prohibit reporting illegal activity to law enforcement (see The Street, The Bull and The Crisis, May 2015).

As SEC Chairwoman Mary Jo White made clear in her 2015 speech, The SEC as the Whistleblower’s Advocate, “... a company needs to speak clearly in and about confidentiality provisions, so that employees, most of whom are not lawyers, understand that it is always permissible to report possible securities laws violations to the Commission.”

Or, face the consequences.

In 2015, the SEC brought its first enforcement action against a company, Houston-based global technology and engineering firm KBR Inc., for using restrictive language in confidentiality agreements with the potential to stifle whistleblowers. And, in the recent action against Merrill Lynch, the SEC found the company used illegal language in severance agreements to impede employees from voluntarily providing information to the SEC.

At the end of the day, the recent wave of punishing sanctions and significant whistleblower awards tell us that in the early thinking about financial reform, Congress and the SEC got it right. Given the global scale and immense complexity of our financial markets, insiders are by far the most viable and effective avenue for finding and stopping misconduct. To the entities like Merrill Lynch and JPMorgan that failed to detect or appropriately respond to long-running schemes that put their customers and the public at risk, the probability of detection is very real because insiders are now armed and dangerous. But for responsible organizations and concerned citizens, whistleblowers are leveling the playing field and protecting the integrity of the financial markets.

Five years in, and the SEC Whistleblower Program, is helping to clean up Wall Street — one company at a time. Happy Anniversary.

Jordan Thomas is the Chairman of Labaton Sucharow's Whistleblower Representation Practice in the firm's NewYork office. He is a former assistant director at the SEC, where he had a leadership role in the development of the SEC Whistleblower Program. He created and serves as the editor for secwhistlebloweradvocate.com.

DISCLOSURE: The author and Labaton Sucharow represented whistleblowers in many of the cases discussed here, including the Merrill Lynch and JPMorgan actions.

The opinions expressed are those of the author(s) and do not necessarily reflect the views of the firm, its clients, or Portfolio Media Inc., or any of its or their respective affiliates. This article is for general information purposes and is not intended to be and should not be taken as legal advice.

For the PDF version of this article, click here.