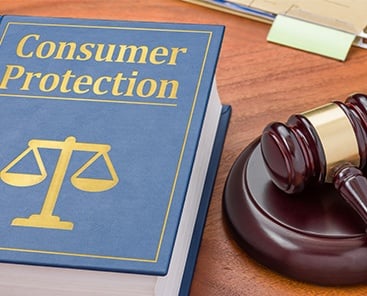 By overturning the CFPB’s rule barring financial institutions from forcing customers into private arbitration, Congress has given them a free pass.

On Nov. 1, 2017, President Donald Trump signed a congressional resolution repealing the Consumer Financial Protection Bureau’s recent rule that would have barred financial firms from forcing customers into private, binding arbitration on an individual, nonclass basis. This decision represents a decisive blow to the American public’s access to the justice system. These efforts will harm millions of individuals by preventing them from accessing state or federal courts even in the face of clear corporate misconduct. Enormous financial institutions like Wells Fargo and Equifax, who have all but admitted to fraud or other unlawful acts in recent months, will continue to bury arbitration clauses in lengthy, confusing contracts without needing to worry about being subjected to substantial damage claims from class actions brought in the courts. Instead, customers will be required to decipher complicated legal requirements to file a private arbitration, in all likelihood without the benefit of an attorney.

Widespread Use of Arbitration Clauses

Arbitration clauses are now included in nearly every type of consumer contract. Often buried deep into the contract’s terms and conditions, where most consumers would never even think to look, these clauses not only prevent consumers from accessing state and federal courts to resolve their disputes with large companies, but also bar consumers from participating in any class actions. In particular, arbitration clauses have been extraordinarily prevalent in the market for consumer financial products and services, such as credit cards, bank accounts or payday loans. As a result, when a large consumer finance company engages in widespread misconduct, its customers are often unable to file a class action in court that could, if successful, provide widespread relief. Rather, those customers are forced to initiate arbitration proceedings, a process with which most individuals are entirely unfamiliar. While many arbitration clauses also permit customers to file suit in small claims court, that is a forum seldom used to secure widespread relief to consumers. In fact, the Consumer Financial Protection Bureau actually concluded that, in small claims courts, credit card issuers are “significantly more likely to sue consumers than the other way around.”

While companies often tout arbitrations as a cost-efficient method to resolve disputes, consumers lose out on the rights ordinarily afforded to them in our justice system. First, unlike ordinary court proceedings, the losing party in arbitration almost never has the right to appeal an arbitrator’s decision. The arbitration decision is final and binding, without the benefit of an experienced state or federal judge ever having the opportunity to review the outcome. Second, arbitration clauses not only prevent consumers from filing a class action in state or federal court, but they also typically prohibit consumers from banding together in arbitration to litigate the issues on a group-wide basis. In other words, each consumer must litigate his or her own dispute individually. And finally, because an individual’s dispute in many cases is typically not worth more than a few thousand dollars, those consumers are often left without the benefit of an attorney to help them secure much-needed relief.

Despite these setbacks to consumers, there is little evidence to even suggest that consumer finance companies would employ any cost savings associated with arbitrations to lower the prices of their products or services. Instead, in the limited studies addressing this issue, there has been no clear evidence that consumers save any money in the long run even when companies reap the benefits of arbitration cost savings.

In the 2010 Dodd-Frank Wall Street Reform and Consumer Protection Act, Congress directed the CFPB to study predispute arbitration provisions in agreements governing certain consumer financial products and services. As part of that, the CFPB was authorized to issue regulations restricting or prohibiting the use of arbitration agreements if the CFPB found that such rules would be in the public interest and for the protection of consumers.

Subsequently, in March 2015, the CFPB published and delivered to Congress its “Arbitration Study: Report to Congress, Pursuant to Dodd-Frank Wall Street Reform and Consumer Protection Act § 1028(a).” In its report, the CFPB acknowledged that, “pre-dispute arbitration provisions in connection with consumer financial products or services ... are fiercely contested.” Consumer protection advocates “generally see pre-dispute arbitration as unfairly restricting consumer rights and remedies,” while industry insiders view arbitration clauses as a “more cost-effective means of resolving disputes that serves consumers well.”

As a result of its lengthy study, the CFPB issued a final rule that expressly permits consumers to join class actions pending in any court, thereby minimizing the impact of any arbitration clauses included in consumer finance contracts. See 12 C.F.R. Part 1040. The final rule specifically prohibits companies from invoking arbitration clauses to prevent customers from joining those class actions. Companies subject to the rule must include a provision stating: “We agree that neither we nor anyone else will rely on this agreement to stop you from being part of a class action case in court. You may file a class action in court or you may be a member of a class action filed by someone else.” Id. Notably, the final rule does not prohibit those same customers from nevertheless choosing to proceed to arbitration.

Congress’ decision to overturn the CFPB’s final rule is misguided. Class actions serve an important purpose by allowing individuals to join together collectively in a single action, increasing judicial efficiencies and providing much-needed deterrence to financial institutions. When a class action is allowed to proceed on behalf of thousands of consumers, courts can address broad legal and factual issues in an efficient manner, and the collective relief can be significant. Importantly, most consumers can be absent members of the class action, which provides those individuals with actual relief without requiring them to hire an attorney or navigate complex arbitration proceedings. The recent success of large class actions, such as the Volkswagen clean diesel emissions litigation and other significant antitrust and consumer class actions, highlights the power of class action remedies.

Unfortunately, given the prevalence of arbitration clauses and their bar on class actions, consumers are increasingly left without any meaningful options to resolve disputes with large financial companies. Many otherwise meritorious claims cannot be brought in a cost-efficient manner — either under consumer protection or antitrust statutes — since individual recoveries are too small to warrant hiring competent counsel. As a result, companies are often able to escape the harsher penalties and recoveries associated with class actions regardless of their culpability.

Repealing the CFPB final rule will do nothing more than limit individuals’ access to relief and benefit companies that engage in wrongful behavior. As CFPB Director Richard Cordray explained in his recent letter to Trump, “most Americans cannot afford to [go to court] on their own, so they have to band together to be able to fight companies like Wells Fargo that opened millions of fake accounts or Equifax when it allowed sensitive personal data to be breached for more than 145 million Americans.” We can only hope that responsible companies heed these words and voluntarily limit the reach of arbitration clauses.