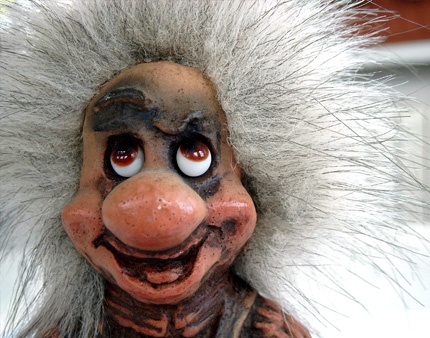 Angels Rush in Where Fools Fear to Tread: State Enforcement Against Patent Trolls

Nobody likes trolls-those mythical creatures, "considered dangerous to human beings," who hide under bridges waiting to prey on unsuspecting travelers. Like their mythological namesakes, patent trolls-or, as they are known in more polite company, patent assertion entities ("PAEs")-are fearsome to many a business. Patent trolls have sued major technology companies like Apple, Hewlett-Packard, Samsung, and Google for years. Apple alone has faced over 170 lawsuits from patent trolls in the past five years.

Patent trolls, it is often said, seek only to extort licensing fees for patents that they do not practice (or ever intend to practice), but that they claim have been infringed. As Kent Walker, Google's Senior Vice President and General Counsel, has put it:

Trolls use the threat of time-consuming and expensive litigation to extort settlements, even where their claims wouldn't hold up in court.

This kind of patent troll litigation has grown like a particularly noxious weed, increasing four-fold since 2005. By some estimates it cost the U.S. economy nearly $500 billion over the past two decades. And the problem is growing.

"Growing," indeed. According to a June 2013 presidential report, "[t]he increase in the number of suits filed [by patent trolls] for patent infringement has . . . been accompanied by an increasingly large number of suits threatened. . . . Conservative estimates place the number of threats in the last year alone [2012] at a minimum of 60,000 and more likely at over 100,000." Of late, patent trolls have begun to issue demand letters to businesses across the country-often start-up and small companies, or "downstream" technology users-accusing them of infringing patents that the trolls hold and demanding licensing fees to avoid infringement litigation. "Although the amount of money extracted from each company is small, the number of potential defendants makes this strategy potentially profitable overall."